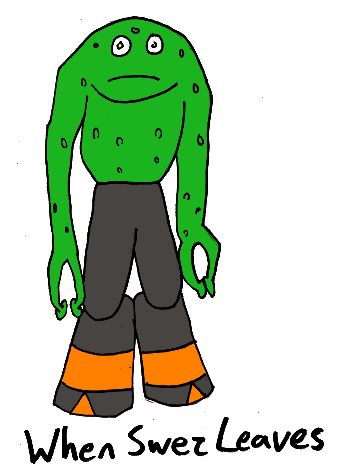 The planet Zunoltia is homeworld to a species that has become very technologically advanced and is beginning to reach out into the larger galactic community of other alien species. It has only been a generation since first contact was made between Zunoltians and other life forms, so many individual Zunoltians are still growing accustomed to the idea that other aliens exist at all. It doesn’t help that not all contact with other species has been pleasant. Several Zunoltian cities welcome alien immigrants (though only a few have come), and other cities have tried to seal themselves off from the rest of the planet, becoming insular and xenophobic.

One individual that has been trying to smooth relations between Zunoltia and outside worlds is the Astro-Hero, a cosmic Zunoltian superhero who saves the planet from threats like Exomek and other alien invaders, as well as helping friendly aliens both on their own worlds, and on Zunoltia. 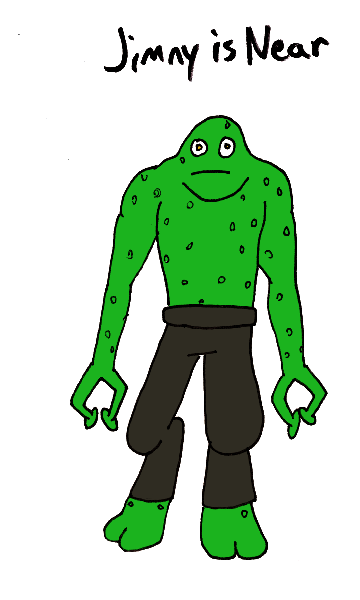 Naming conventions of the Zunltions are quite strange to humans, their names being a phrase that is relevant to the individual’s naming ceremony, which takes place a Zunoltian year (almost two Earth years) after they are born. Most of the time, though, the phrase contains a word that does not translate into other languages, which can be used as a proper noun. So, for example, when When Swez Leaves is speaking to an alien with a language more similar to a human one, she would be called “Swez”. This is relevant to Swez’s job, as she is employed by the Zunoltian government as an envoy to other worlds. She’s personally had to be saved by the Astro-Hero dozens of times.

Jimny is Near is a veteran of the war against the Dobraxu, an event that was devastating to the planet and is the source of many a Zunoltian’s anti-alien sentiment. Jimny’s life was actually saved by a Dobraxu soldier during the war, so she tries to think of aliens as potential allies, but still has trouble. It would be so much easier to like aliens if they just didn’t interact with Zunioltia, Jimny thinks. 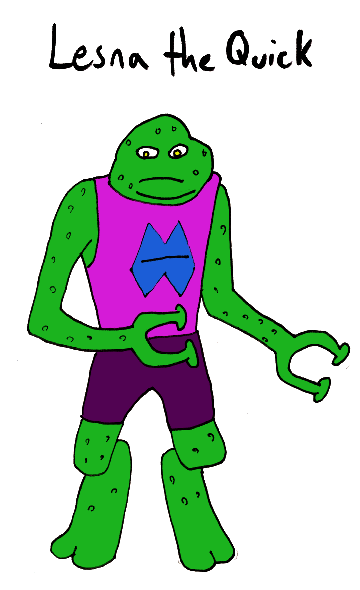 And Lesna the Quick is a young Zunoltian and therefore has never known any world without knowledge of alien life, or without the alien culture that has been imported since first contact was made. Lesna has been raised in a world where alien music has been popular among the youth and greatly irritating to the elders, who consider it meaningless noise. Lesna has been creating music of her own that uses Zunoltian traditional sounds with alien vocals. It hasn’t caught on yet, but she plans to keep trying.

A Fact About Zunoltians: Several hundred generations ago there was a war on Zunoltia that nearly brought the species to extinction. The world-spanning Zunoltian culture of that time was wiped out, leaving scattered survivors to pick up the pieces. Tales of that original culture lived on in what was believed to be mere myth until recent archaeological discoveries of ancient ruins.