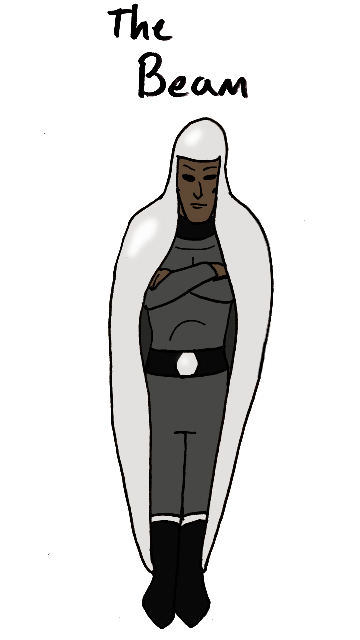 The Beam of Earth Silver

In at least four universes, “the Beam” is the name of a respected superhero. In another universe, there is a Beam, but she is no hero.

Valerie Duncan was once an ordinary human criminal, but during a heist she stumbled across the most important thing she’d ever steal: The Cloak of the Space God of Speed. As she felt the shining silver garment, she felt its energy coarse into her. She instinctively draped it around herself and the world seemed to stop around her. Instead, though, it was she who was moving immeasurably fast. With her newfound powers she became the Beam, a crook capable of crimes so quick that she was gone before anyone knew she was there.

The idea came up in the original Beam post that there could be some villainous Beams out there, but I neglected to do anything with it during my year of Supervillains. Since it is now Supernatural Sunday year, I had to make a supernatural origin for this one. Luckily, it was about time I fleshed out the Space Gods a bit more. 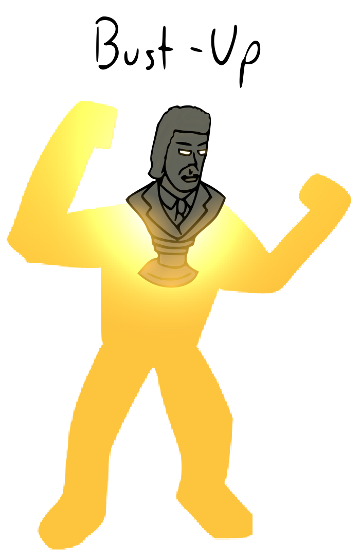 You can’t take it with you, so when rich prick Randall Penderman-South III died, he had to stick around if he wanted to be with his vast fortune. Randall’s spirit, by inhabiting a bust of himself, can interact with the material plane to protect his wealth. When someone tries to steal his money, this statue-headed ghost is likely to turn up and beat them down. Most of the time this means that Randall’s targets are criminals, but not always, so it’s a good thing the Noblewoman is around to put an end to his spectral rampages. Still, what can the law do about him? You can’t exactly lock a ghost in prison, and there’s not really any assault laws that apply to the deceased anyhow. These questions don’t have easy answers, so for the time being, Bust-Up is a problem Noblewoman will have to deal with on regular occasions.

This fancy coloring was done by @sanityormadness, who took my original version and made it all special effecty.