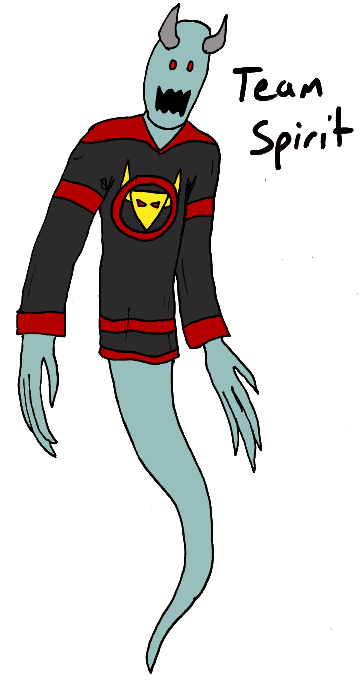 The Phantoms were once a hockey team at the bottom of the ranks in their league. That all changed when the team got a new owner, wealthy energy magnate Maxwell K. Sumner. Sumner, who had picked up some knowledge of the occult sciences during his rise to power, summoned a spirit to help his team win. This spirit, which he naturally calls his Team Spirit, is a personification of athletic skill that possesses his players during games to guide them to victory, and it grows stronger with every win. With this bit of performance enhancing magic, what could possibly stand in the way of the Phantom’s winning the cup?

Whereas most characters I’ve put up for this exercise are such that I would want to use in stories like comics or cartoons or whatever, this one is specifically something else: I want this character in a video game. If sports games haven’t changed too much since I was young, the general mechanic allows you to switch between players on the team at will. This game would take that idea to the next level, and you’d be the Team Spirit possessing the players to help them win. Whichever player you are in would be granted special ghostly powers, you’d get to unlock more powers as you win more games. I figure that later on, as the other teams start to realize something is up, they’d start finding their own supernatural ways to buff themselves. Basically it would make it so that there could be an actual reason to play a sports game for once. And while this one would be a hockey game, it would definitely spawn a franchise that would incorporate basketball and baseball and so on. Definitely. 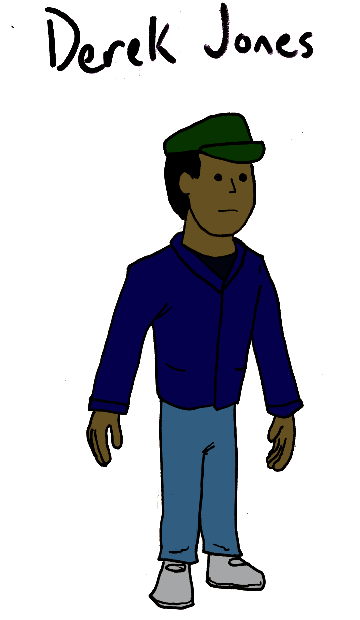 Derek Jones is the Red Shark‘s sidekick. Having been exposed to a magical potion, young Derek gained mystical abilities such as super durability, super strength, super speed, and super senses. Though the Red Shark is always reluctant to let Derek tag along on adventures, the boy is more than capable of handling himself, and often even shows up the adult hero.

When I found myself having drawn a sketch of this young-looking lad here, I had no idea what he was supposed to be. I figured it would be plenty easy to just ascribe some supernatural elements to him and fold him into Supernatural Sundays, but even then I didn’t know quite what to do. Often during the Supervillain Sunday year, if I were stumped, I could just assign the villain in question to one of my heroes from the year before that. Why not do something similar now, I thought. Being so young-looking, I thought he could fly as a sidekick, so I attached him to one of my Golden Age-inspired heroes and the rest just fell into place. I figure he is probably a very annoying kid.