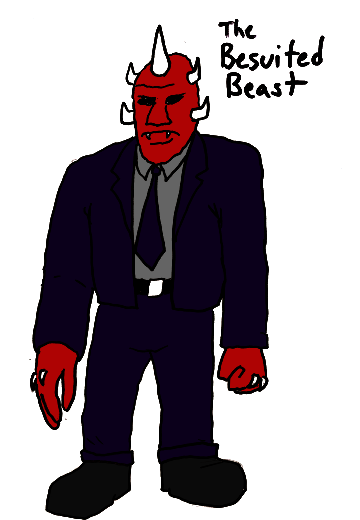 Governments are obsolete. Corporations rule the world now. If you want power, business is the route to take. But watch out, there are already those who have power in the world of commerce, and they don’t love competition.

The Besuited Beast works through proxy corporations and anonymous holding firms, but rumors of his existence have spread. People aren’t sure if he’s some sort of demon bent on acquiring wealth and power or simply a deformed businessman, but his penchant for hostile takeovers has made his intentions clear: complete domination of the business landscape. Those whose businesses are at stake might want to know more about there opponent, but who could investigate such a mystery? The Panda Detective, of course.

It’s inevitable that I’m going to write some corporate-type villainy every now and then, given my beliefs. That said, I’d try to be even-handed and not make literal monsters out of them. Except this time, I guess. I’ve got to have one. 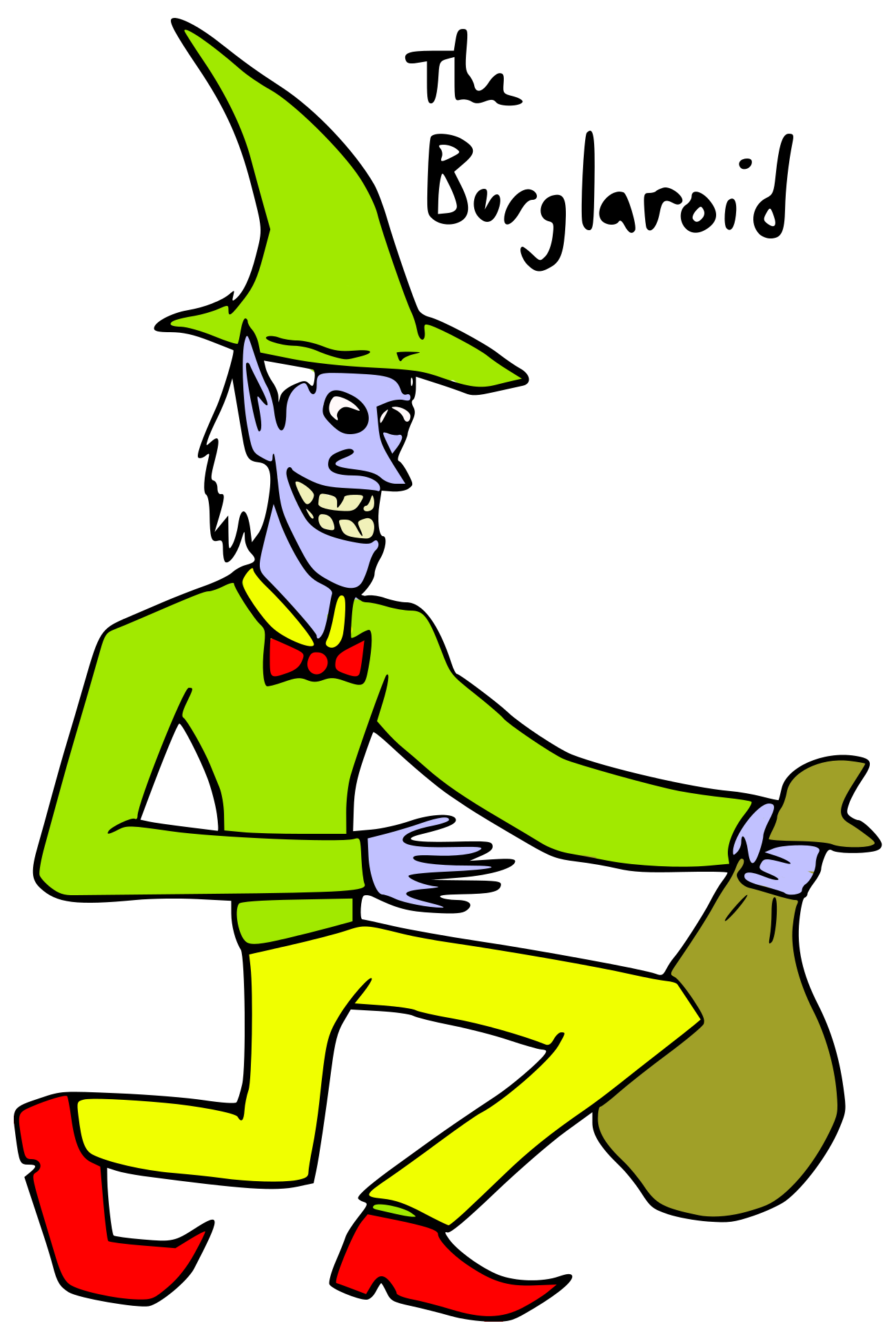 Treasured things are kept behind closed doors and in locked boxes, which makes them a tempting challenge to a being who likes nothing more than to violate secret locations. From a mystical otherworldly dimension, the Burglaroid comes to Earth with no other purpose than petty theft. To him, the monetary value of an item is meaningless, but the sentimentality of the item is what is enticing. Most importantly, if someone is worried about an item being stolen and makes an effort to protect it, that is an item the Burglaroid will want.

But when a creepy freakish being sneaks into your house in the middle of the night and takes only some trinkets that only matter to you, who can you call? The police wouldn’t care even if they did believe you. Who could investigate such a mystery? The Panda Detective, of course.

I don’t know what my fascination is with using the -oid suffix for names on my Super Sunday thing here. I’ve got Conjuroid, Horribloid, Orbzoid. I had to cut myself off from doing it during the hero portion, but I figure that since I hadn’t done one for a villain yet, it was fair game.

Why two villains for the Panda Detective in one week? Why not? They just seemed to fit.

(Guest Coloring by my friend @sanityormadness)