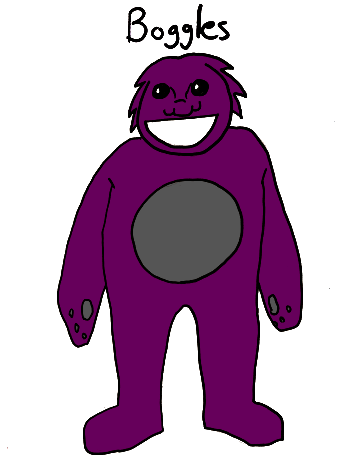 James Adam Kendall was not a good person. As a boy he had killed animals and hurt other children. Though nobody ever suspected, he was also responsible for his grandfather’s fatal fall down a flight of stairs. His fascination with killing came to its peak when Kendall was nearing sixteen. Threatened with expulsion from high school, Kendall was happy to go, but couldn’t bring himself to do it without lashing out one final time. Dressing in a mascot costume and attending a football game, Kendall planted explosives beneath the bleachers. Dozens were killed and Kendall, still in the costume, opened fire on the first responders. He would have escaped if a dying police officer hadn’t gotten off a shot and fatally wounded the teenage monster. Unfortunately, the story did not end there. Kendall died in a location of weakened space-time, through which a demonic being witnessed his actions and liked what he saw. The entity offered the dying boy a chance to serve as an earthly servant. Kendall had no problems killing in the name of this otherworldly intelligence and rose again in the monstrous form of Boggles.

Boggles would work as an enemy for Demonoclast, why not? 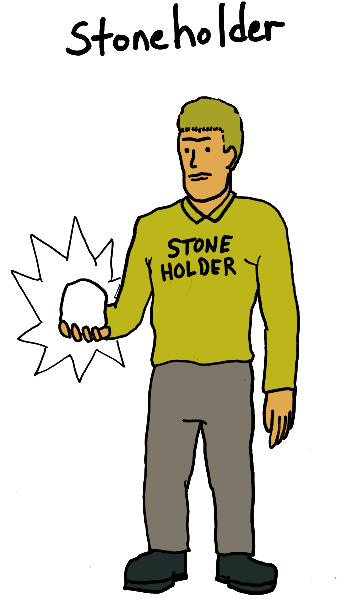 The Cosmic Ossuary Wall has been shattered. The dividing line between the Realm of the Hated Dead and our living realm has a hole. Obviously that causes some problems, Skeleterrors can reach the Earth. But other, less obvious problems spring from this as well. The remains of the Wall have been scattered through the Cosmos, and one of them has come into the possession of Curt Shears, petty crook. Shears was on the run when a mysterious stone fell from the sky and crashed to the ground near him. He picked it up, planning to throw it at his pursuers, but when he felt the energy that the stone gave off, he held onto it. Soon he discovered that, as long as he held the mystical stone, he could emit waves of pure force and create forcefields. Shears had no problem escaping police then, but he was still not criminal mastermind material. Perhaps not living up to the potential the stone could grant him, he offers his services as hired muscle to better supervillains.

Stoneholder is a sketch that I looked at and I thought: “What?” I had no idea where I was going with this. A guy holding a glowing rock. “Well, that rock must be significant,” I thought. “And his name on his shirt makes me think of old-school Batman henchmen.” So I threw that into the blender and served up the results.