Here’s the final pair of characters from the Justice-Man supporting cast: 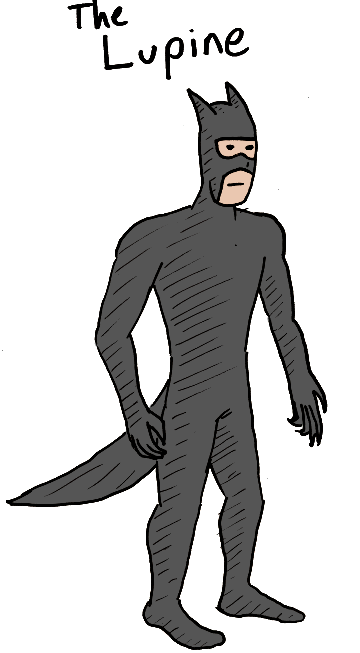 J. Aaron Stallone was an orphaned boy who had superhuman powers. He came to the attention of the the super-agency BEST. Given that Justice-Man had been through a similar experience, it was decided that the established hero should work with the boy to try to help him adjust. Though it was not the intention, Stallone was able to turn this into a position as a sidekick. Styling himself as Justice-Kid, Stallone was allowed to come along on some of Justice-Man’s simpler missions for a few years, while learning from BEST in his off hours. That wasn’t enough, though, and eventually Stallone created another secret identity, that of the Lupine, so that he could sneak out at night and fight crime on his own. The mysterious wolf-based vigilante made a big name for himself and Justice-Man and BEST had no reason to expect that anything was wrong with Stallone.

That continued until the day the Lupine was arrested after killing and eating a couple of criminals. BEST and Justice-Man were confused and horrified when the Lupine was unmasked. Stallone is now in prison, but still considers himself a good guy (he insists that the fact he only ever ate criminals makes it okay) and Justice-Man still visits once a month, hoping to find some way of helping him.

So anyway, the story of Justice-Kid is basically a worst case scenario of the whole teen sidekick thing. I mentioned that the Lupine still considers himself a good guy, and that’s true. For stories I hope to tell someday, that will be important. It is worth noting that Stallone’s powers are in no way wolf-like. He’s got glowing super punches, for example. His logic with his costume choice is that it would be nuts for him to use an identity that gave away the kind of powers he had. There’s a method to his madness. 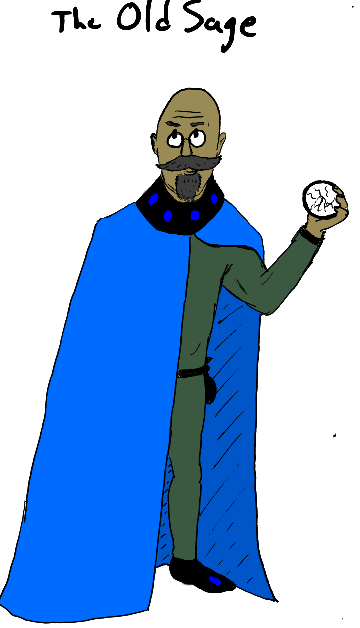 There is a mysterious old man who has been a mysterious old man since at least the 1930s. He hangs around on the edge of the superhero community appearing when there are problems of some mystical or cosmic significance, seemingly using magical abilities, though he won’t admit to it. They call him the Old Sage because his true identity is unrevealed (he insists that it is unimportant). Justice-Man, however, knows more than most. Over the years the two have worked together many times and Justice-Man has learned that the mysterious stranger is actually from another dimension, a fantastic realm of magic and monsters. He has travelled the cosmos to fight evil and uses the superheroes of Justice-Man’s world as a handy workforce. Perhaps his methods are a bit underhanded, but Justice-Man has grown to trust the strange wizard, and so the Old Sage continues to serve his purposes from the edges of rational thought.