Justice-Man is a superhero I created while I was in Junior High. I stole elements from Captain America, Spider-Man, Wolverine, and Batman and threw it all together into my own “original” guy. Though he spent the early portion of his life as a weapon for a secret evil organization so he didn’t know his real name, he eventually took the name Alex Mills and became a good guy.

None of that is important in this story though. Here’s what I gather you need to know for this one: Apparently Justice-Man has recently had some public relations trouble and the people of Toronto are kind of down on him. But at the same time is appears that he has recently learned some secrets of his super powers (his powers aren’t actually all that impressive. He’s got super jumping and claws, superhuman memory, the ability to pick up radio signals and stuff, and he’s supposedly one of the world’s best fighters). This story opens with Justice-Man jumping around Toronto looking for crime or whatever. That should be all you need to know. I promise that if you make the effort to decipher the handwriting and ignore the spelling and grammar errors, you will have read this story. 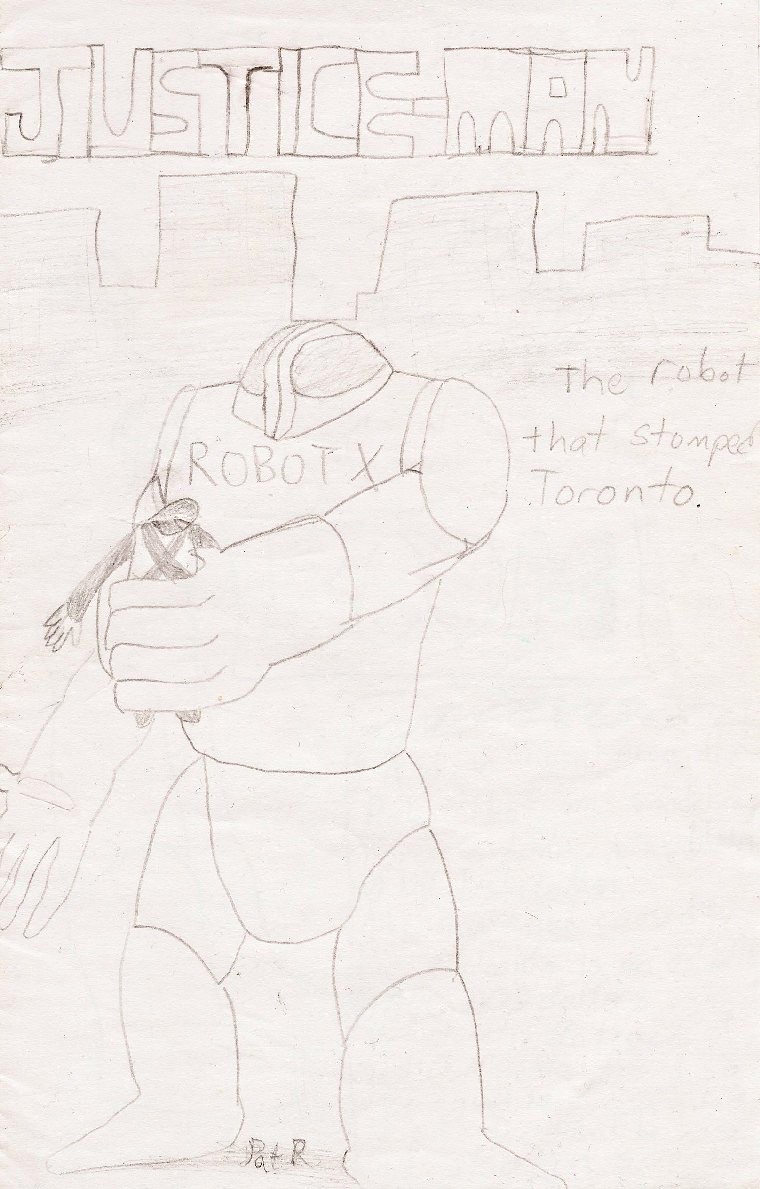 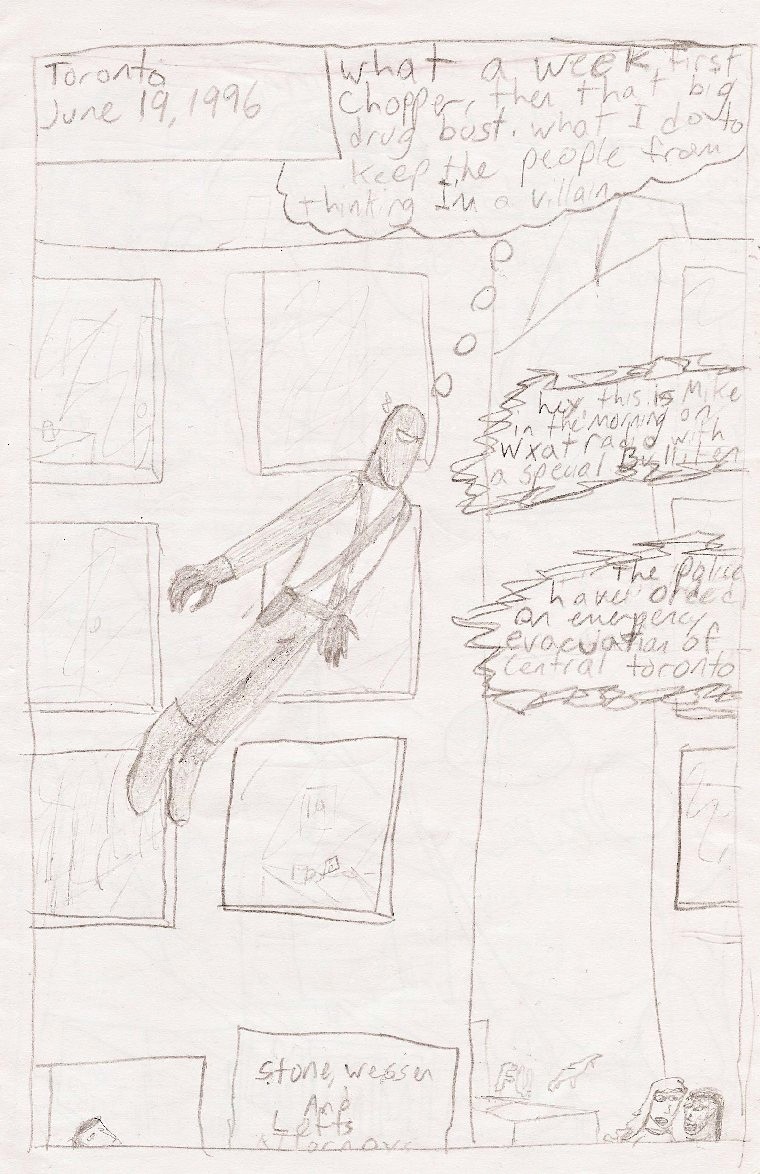 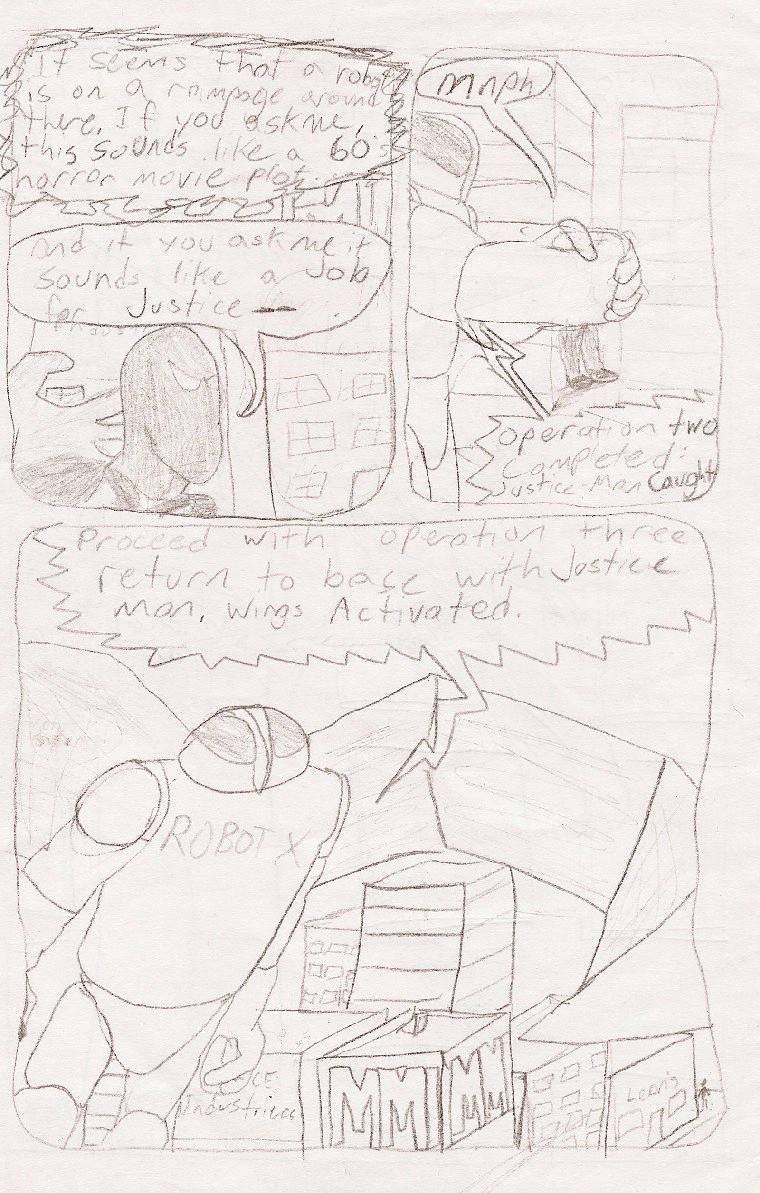 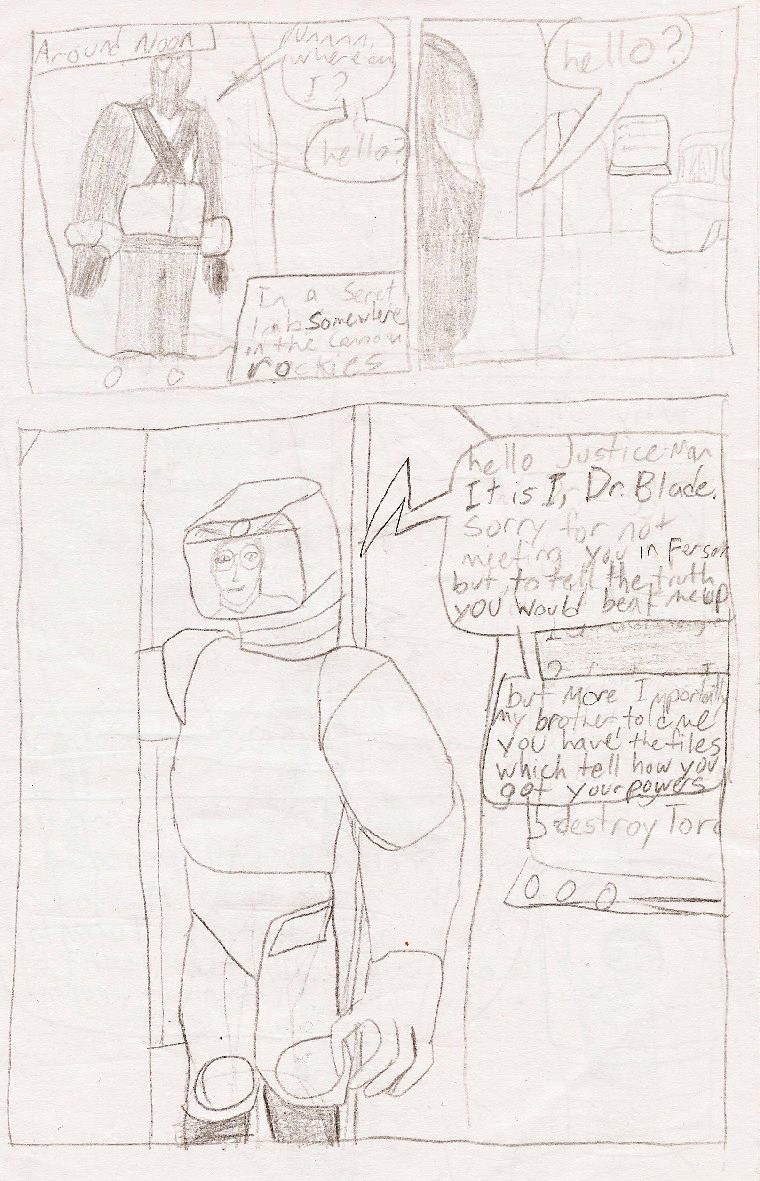 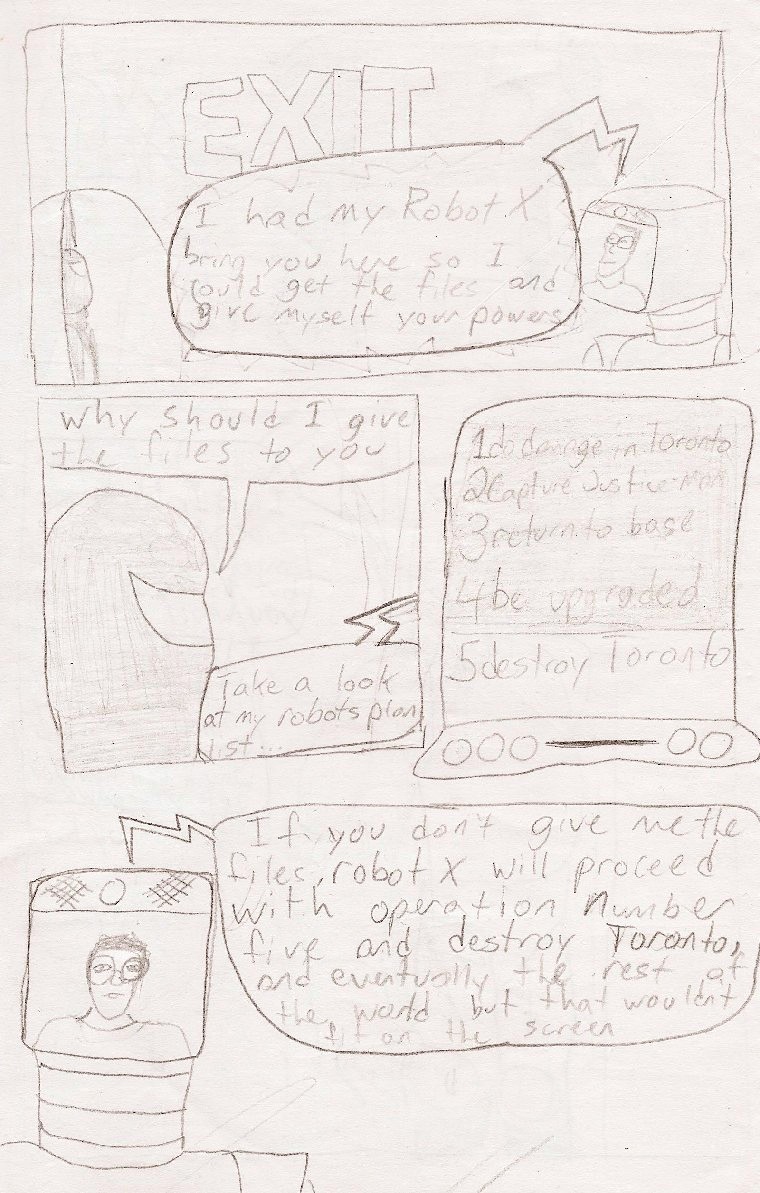 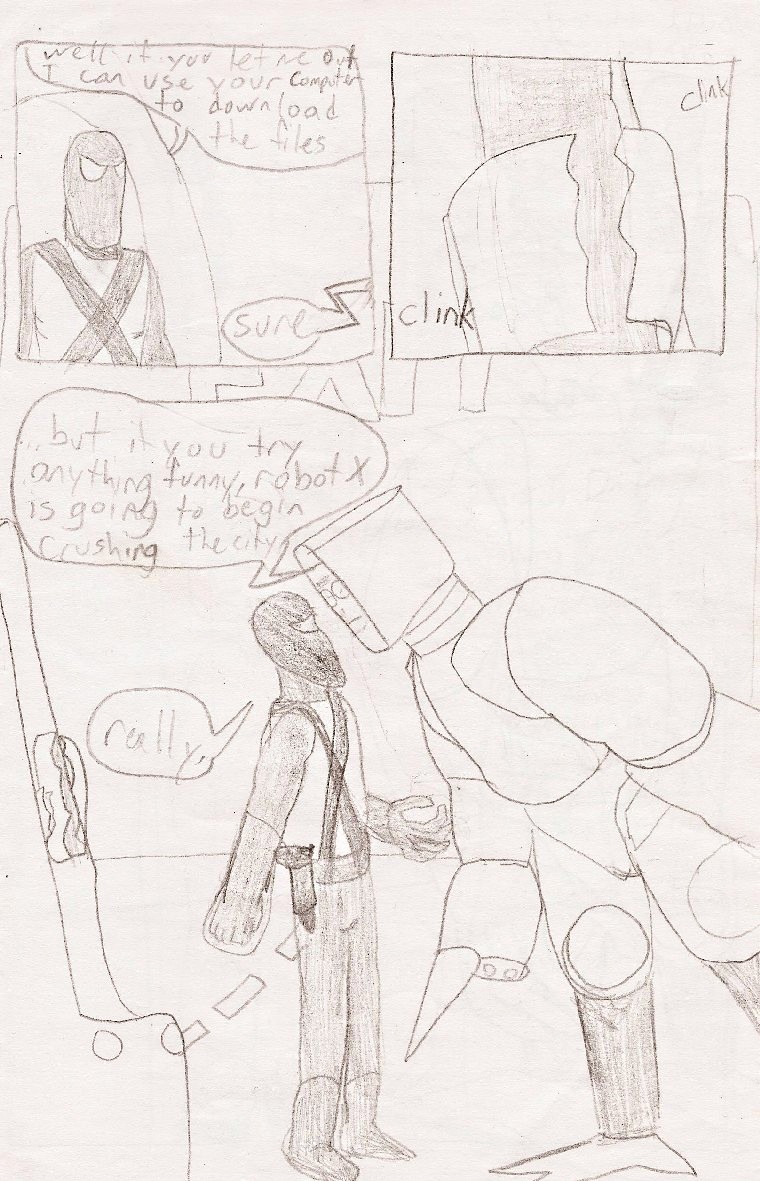 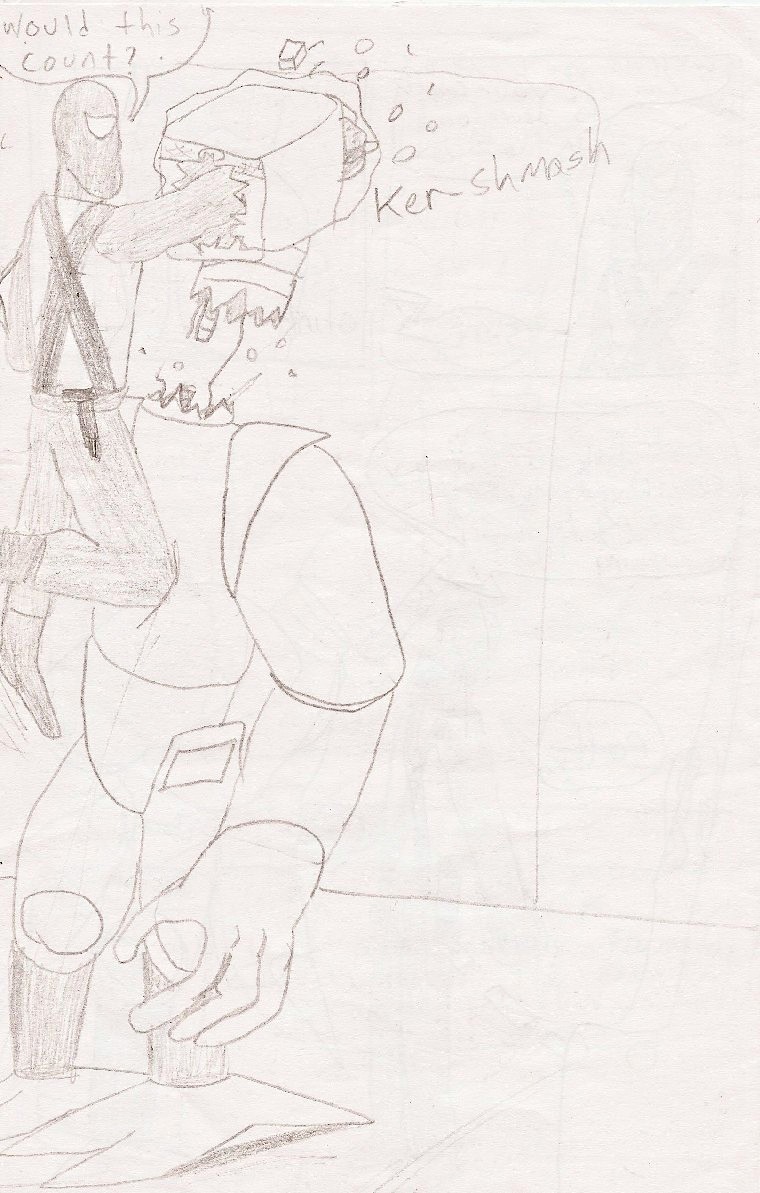 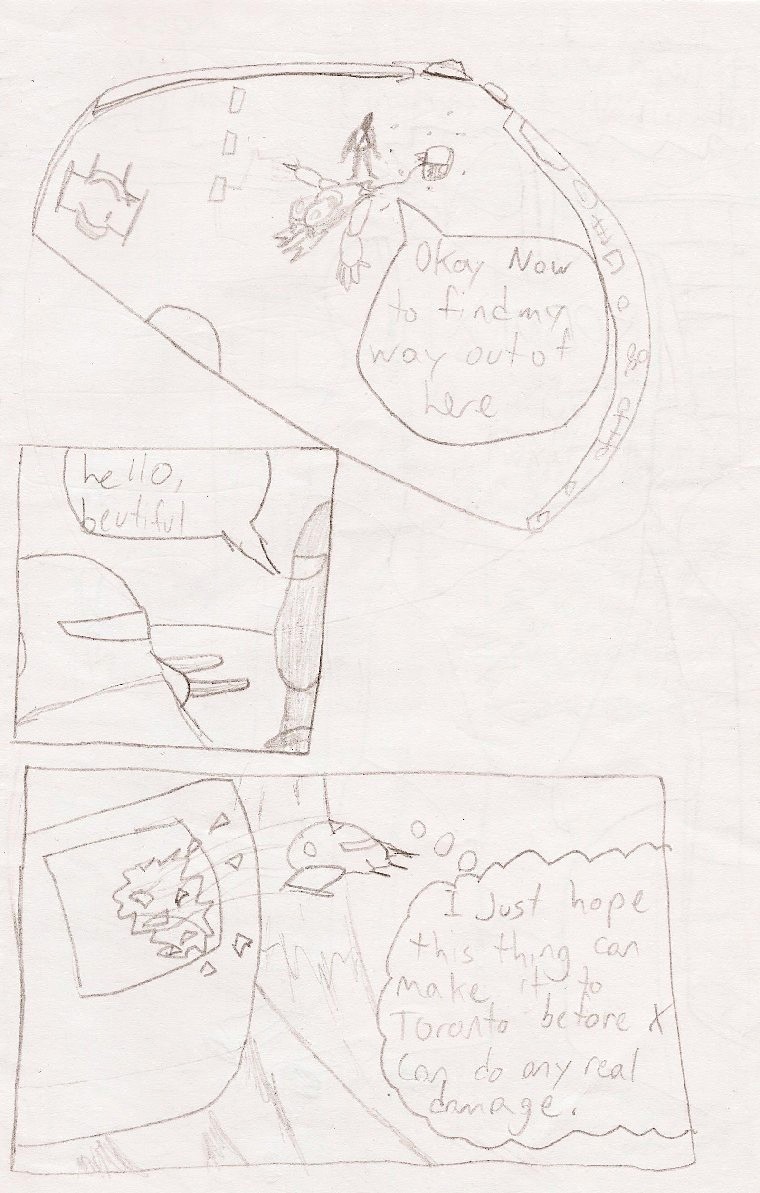 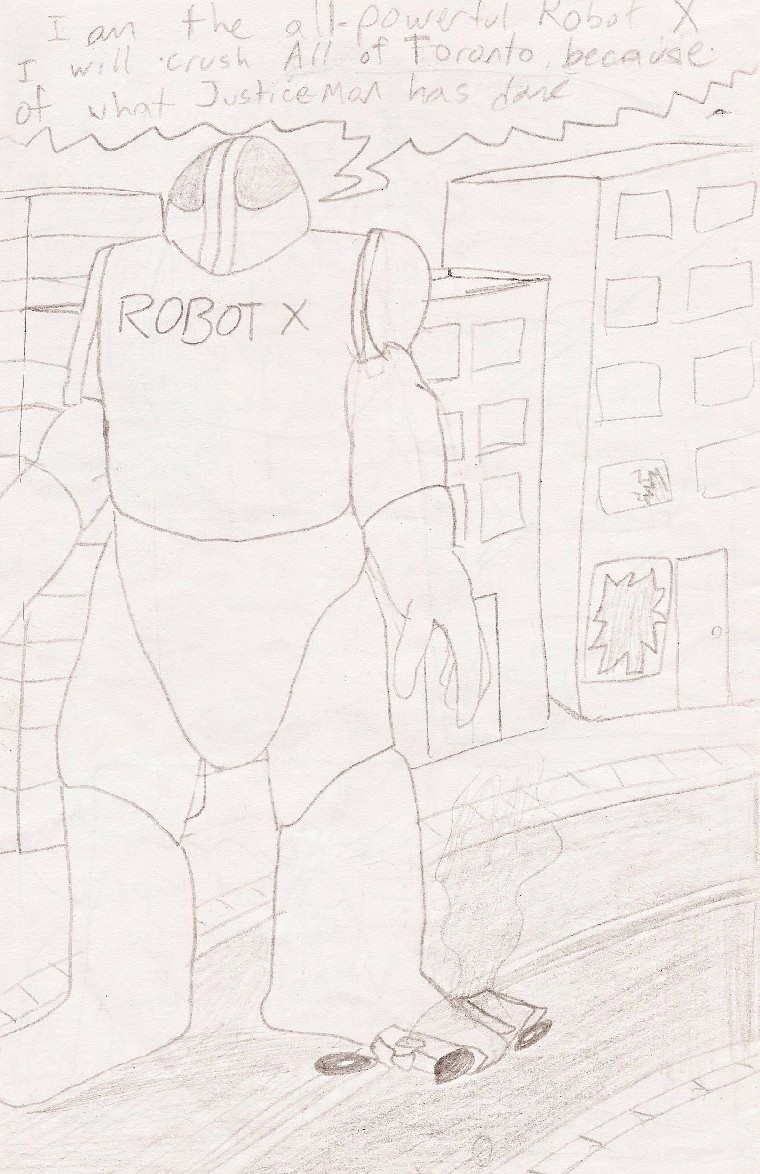 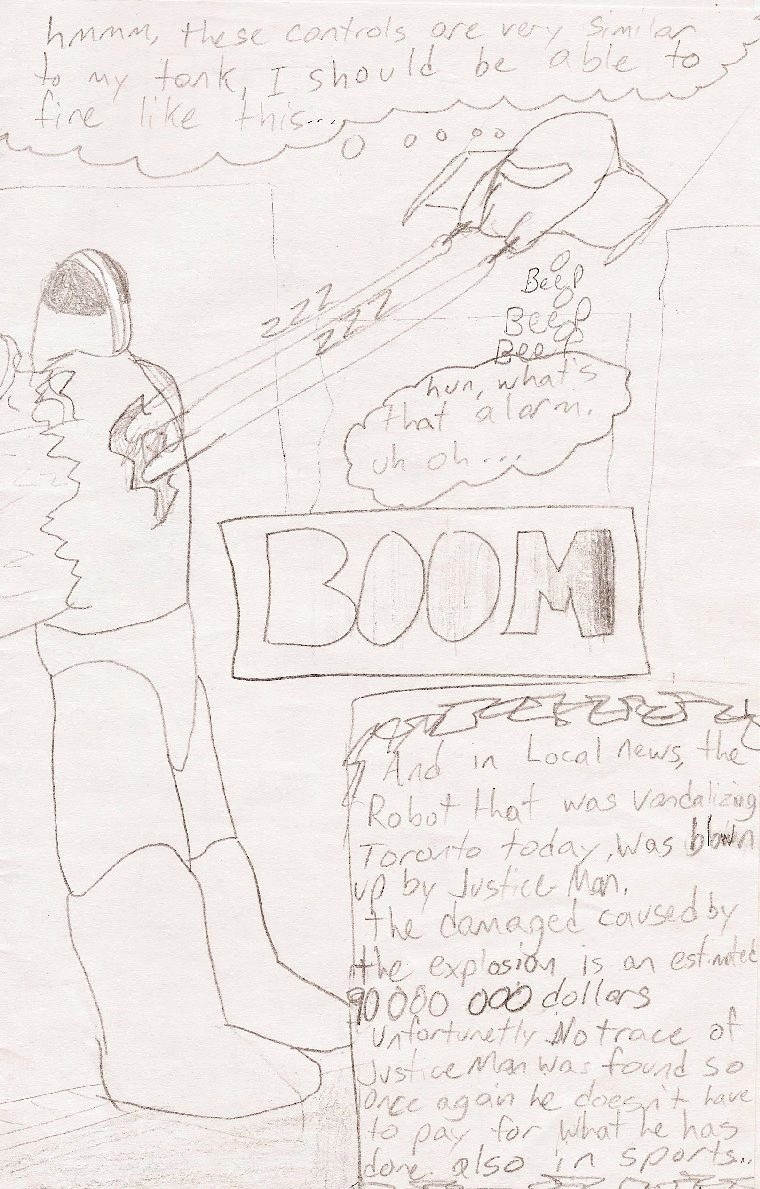 So there is a story about Justice-Man. I started others over the years, but this is the only complete story. I actually planned out decades of this character’s life and even as I write this in 2012 we haven’t reached the years where I finally ended his story. So, I have no way of knowing if the “June 19, 1996” where I set the story is when I did the comic or if this was one of the things where I was telling set in the future and the story was made even earlier.

Back to the Comics Section