Another pair of characters from the supporting cast of Justice-Man, the superhero I created as a child: 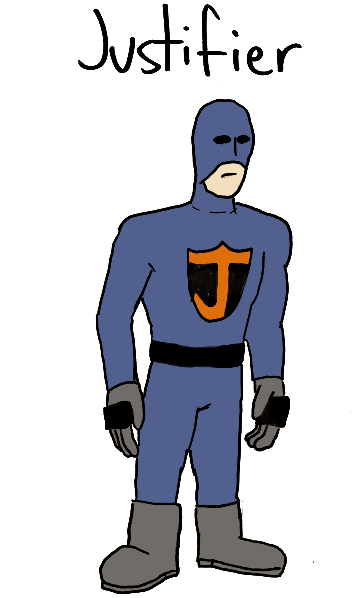 Mike Hey was a martial arts instructor who made his living teaching self-defense in a particularly crime-ridden part of town. On a regular basis he saw the people in his community becoming the victims of criminals and eventually he, inspired by the exploits of Justice-Man, became a crimefighter of his own. Wearing a thick suit of armor and using his friendship with a local police officer, Mike became the Justifier and fought the local criminal element. Eventually this caught the attention of Justice-Man himself, who recruited Justifier into his ever-expanding circle of superhero friends.

I am much more aware now than as a child that the name “Justifier” is essentially pointless for a superhero. What is he supposed to be justifying? Basically, I wanted a name that was kinda related to justice as a concept, and this is what came out. Oh well! 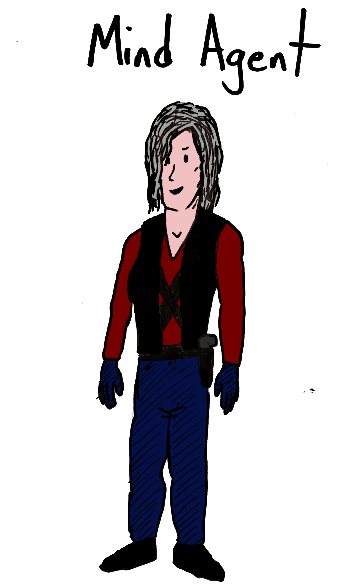 When the super secret crimefighting organization called BEST discovered a young boy who had been created as a perfect assassin, they tried to give the boy as normal a life as could be possible. Eventually, though, the boy, Alex, decided that he didn’t want the normal life. He wanted to be Justice-Man. As skilled as Justice-Man was, BEST did not intend to allow him to go into the field unattended. Senior BEST Mind Agent Natalie French, a friend of Alex since his discovery, became Justice-Man’s partner in his earliest days, using her mental powers of telekinesis and telepathy to watch his back and guide him. Eventually Justice-Man earned the trust to do his job on his own and Agent French would be promoted to the upper echelons of BEST, but the two remained close allies.

Perhaps the most important thing I remember about this character is that the name “Natalie French” was used on Buffy the Vampire Slayer, a show I didn’t get around to watching until around the year 2000. They clearly stole the name from me, but cleverly disguised it by having their character nothing like mine. Those dastards.