Okay, first up is a story about a guy who is just a head and fights crime. It’s Hover Head. 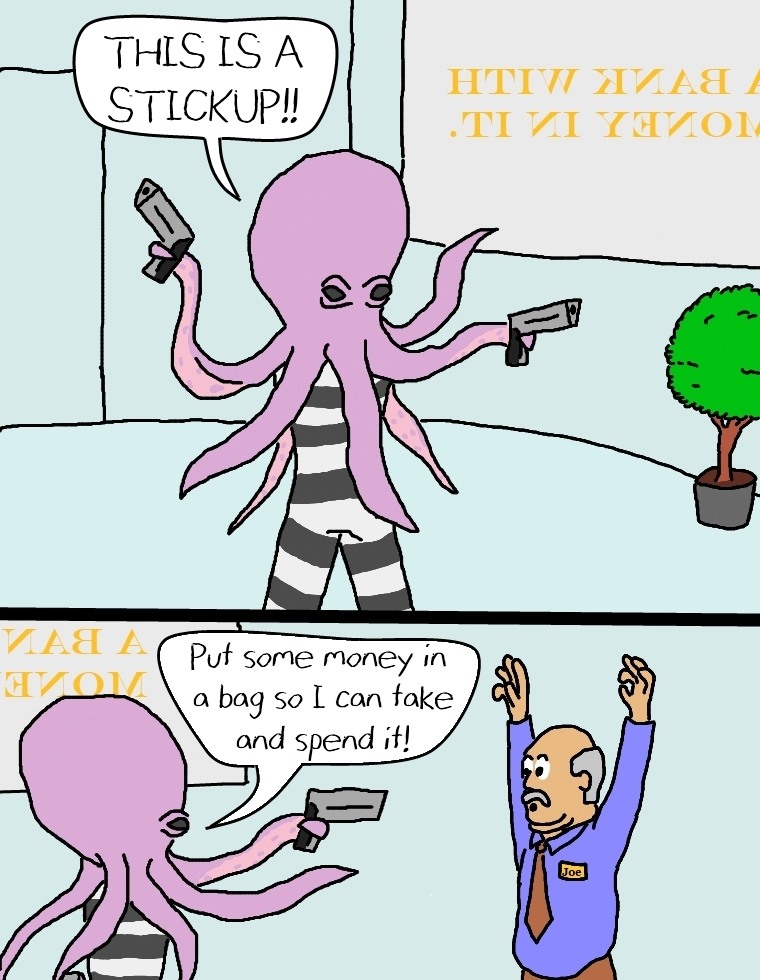 That’s just the first page. You have to click if you want any more.

I started that, as I have said elsewhere, before I got the SecGov Robots strip rolling. Up until that point I was reluctant to waste any of my actual story ideas on something that I would be drawing, because I suck. As such, this isn’t as much a story as it is a character piece. But now that I’ve changed my mind about the whole process, I should be able to do an actual story with Hover Head and his friends in the New Year. But not right away. I’ve got other stuff to do first. (It vexes me that I chose Hover Head from the group to be the focus because I figured him being bodiless would make him easier to draw, but instead he turns out to be a blatant advertising of my inability to draw a face the same two times in a row)

Also, I wonder what the Phone Guys are up to today: 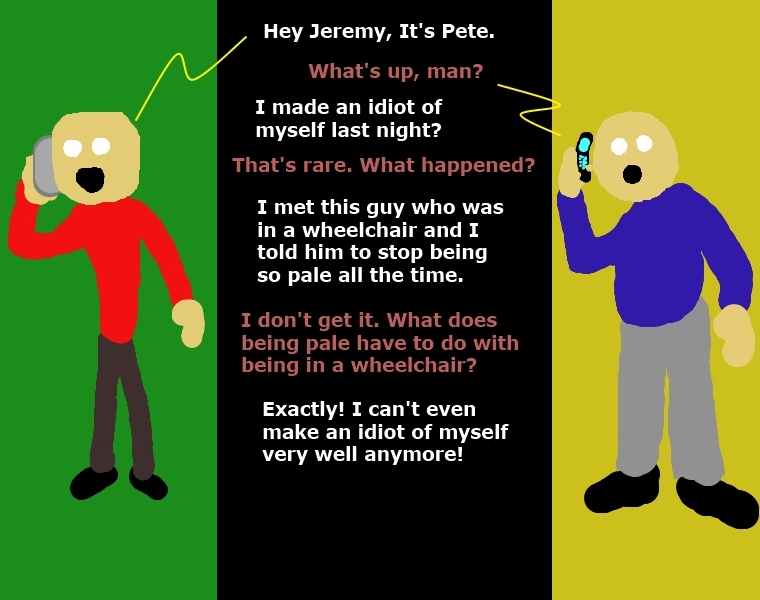 Oh. I guess that that is what they are up to. Alright then. I don’t wonder any more.

Oh hey, I said no more SecGov Robots this year, but I had some downtime at work last night, so I MS Painted this into existence: 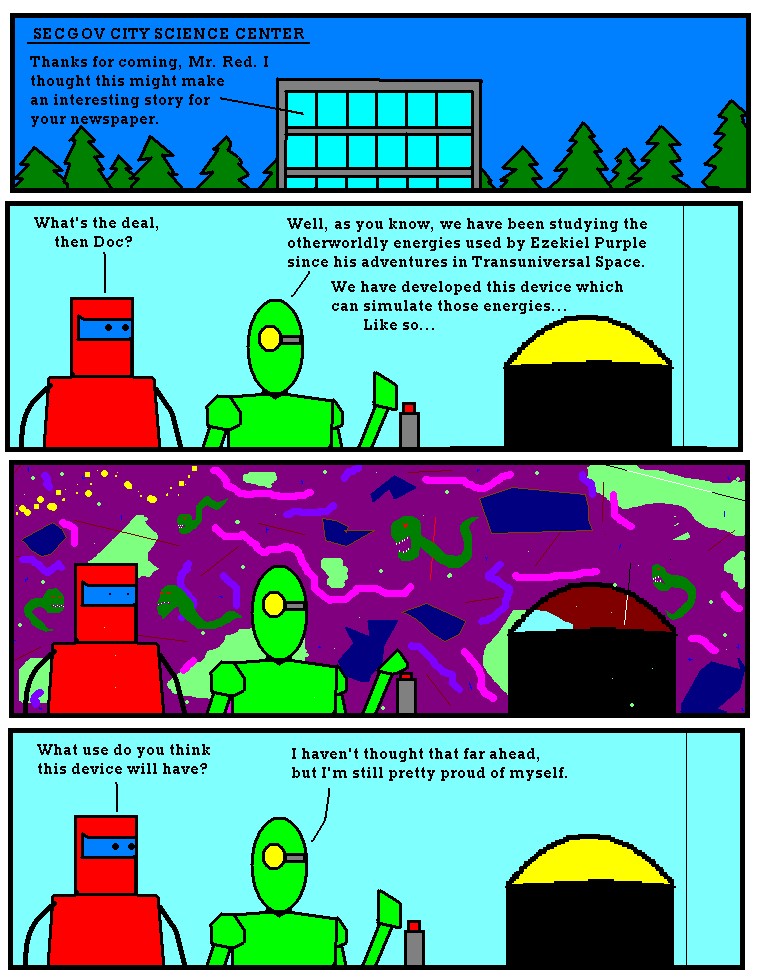 Because what this strip needs is more new robots. That would be SecGov City’s top reporter and top scientist, whose first names I haven’t deduced yet and whose last names can be determined by their colors. So there you go.