So, if you’re PDR and you can’t get to sleep and you already a long rambling post-thing the previous day, what do you do?

You make an album cover! 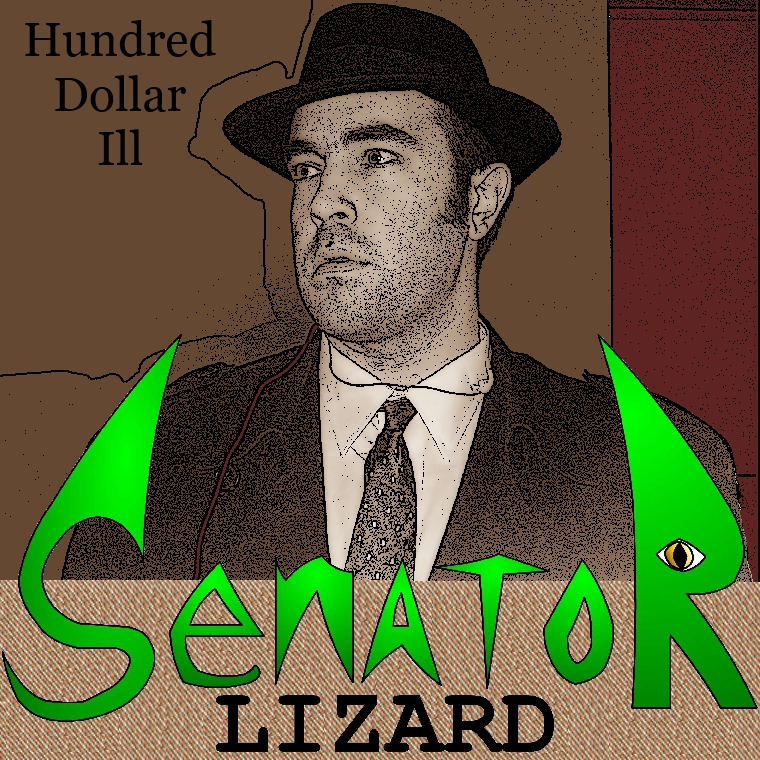 Who forgot that PDR was in a band? Probably not as many who never knew. A large part of that is probably because of the non-existent state of the band and that the band’s front-man, PDR, is not musically talented in ANY WAY! But nonetheless, I’ve had my Senator Lizard T-shirt for years and that makes it a real band. That’s a fact.

I think I might try to pump out a new album cover every couple of months. Easier than making effin’ music.

Potentially worth noting, the album cover depicts me in character as Otis Durning, from the Secret Government Robots prelude story thing that I did. And I did create the song “March of the Abominable Hairman” for the credits of this video, even if I did it by literally randomly clicking in whatever program it was I used to make it. And both those posts have the word “monster” in the title. Weird.