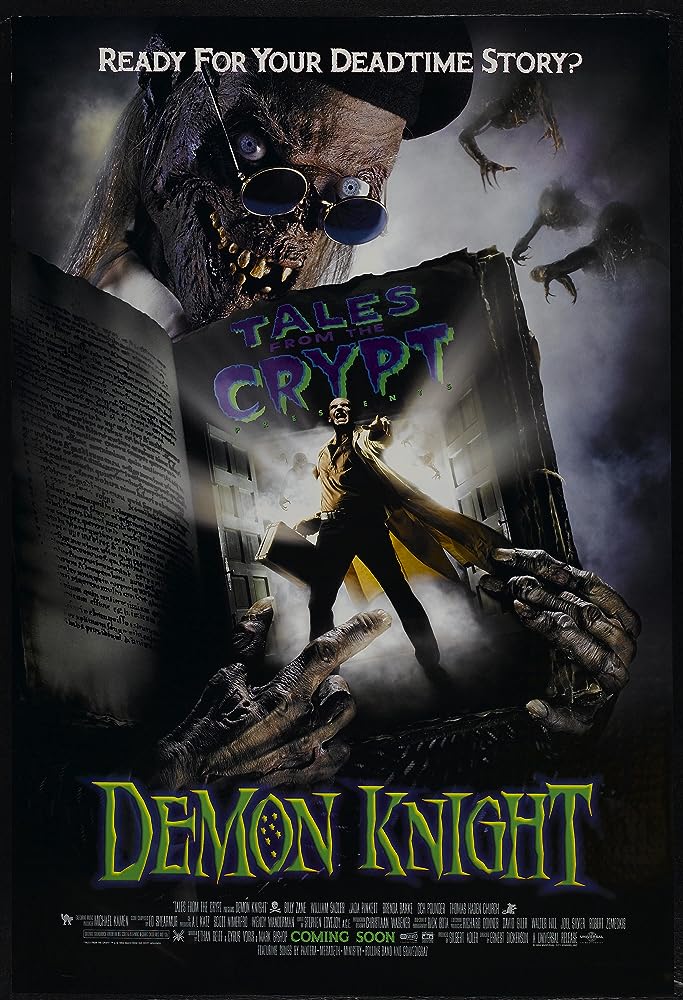 Today I am thinking about a 1988 horror film, called Pulse.

Pulse is about some sort of technological entity, maybe living electricity or something, that seems to enjoy nothing more than taking over the electronics in suburban homes so as to slaughter those inside. We’re never given any kind of motivation or explanation or anything, but bad horror movies love to do bad storytelling and use the “whatever is in your imagination is scarier” excuse, so I’ll just allow it. Anyway, the protagonal victims here are this one kid* and his father and step-mother. Basically, their house tries to kill them. That’s the movie.

It isn’t a terrible movie, of course. As a fan of horror films, I have watched much worse. But it wasn’t great either I have enough trouble connecting with horror movies given that I’m not in the least afraid of the dark or of night-time. Anyone who knows me can attest, PDR thrives at night. But you know what else I am also not afraid of? Technology. Therefore, I am definitely not the target audience for a movie, the point of which is apparently “Remember, all this technology in our lives? It could kill us.” I’m a lot more off-put by the people using the tech than the tech itself.

And anyway, this movie is probably two decades too soon for a real Killer Technology House plot. Sure, lamps can overheat and start a fire and such, but the Killer Technology House in here is way too low-tech for anyone living in the 21st century. Okay, a lamp can overheat and start a fire or a hot water heater can… also overheat and cause scalding water to hurt people. Those are potentially deadly things, sure, but our houses these days are literally connected to the Internet. The Pulse Entity of 2018 could audio of it killing the kid onto the father’s phone so that the father is distracted and gets into a car accident. In 1988, the monster has to basically malfunction at the people. In 2018, it could use the technology as it is intended and still kill people. And all that without having it inexplicably lock doors that are in no way electric. Was it doing that with magnets, movie? What did I miss movie?

Also, we have electric locks now too, so we could do that too.

Anyway, in spite of my gripes, there will always be something about movies made in the 80s that I will appreciate. I don’t think it is just the time period (Though I do love the time period. I love that there was a time when calling someone a “turkey” was considered a serious insult), but there is something a quality to film of that time that I’d love to see brought into the modern era, and not just via works set in the 80s (Stranger Things).

In conclusion, I am willing to write and direct a sequel to this movie if Hollywood calls. Thank you, goodnight.

*It was not until I checked the IMDB page that I learned that the main kid was played by Joey from Blossom. Whoa. (Good reference, PDR)