Why did the snail cross the road?
Because it was chicken!

This has come up again, with the release of the new It movie a week or so back, but I just have to say, I don’t understand the fear of clowns thing. I am sure that some people legitimately have a phobia of them, but is it possible that some people who claim to be afraid of clowns are just kind of… hopping on the bandwagon? Because that is what it feels like to me.

Picture this: It’s late at night and you’re in your home at the edge of the woods. You hear something outside and you see someone standing at the edge of your property. They’re holding a machete, making threatening gestures, yelling obscenities, and dressed as a clown. In this scenario, the fact they are dressed as a clown is the least scary thing on the list, and that is how all depictions of scary clowns feel to me.

But anyway, that’s just some off-the-cuff thoughts on why I am not scared of clowns. But the real reason for this post follows: I checked my little site here and I can not find a joke that I thought up a long time ago. Possibly it was on Contains2, but it is just as possible I have never written it down. For posterity, this joke must be recorded.

What is the funniest side of a clown?
The suicide. 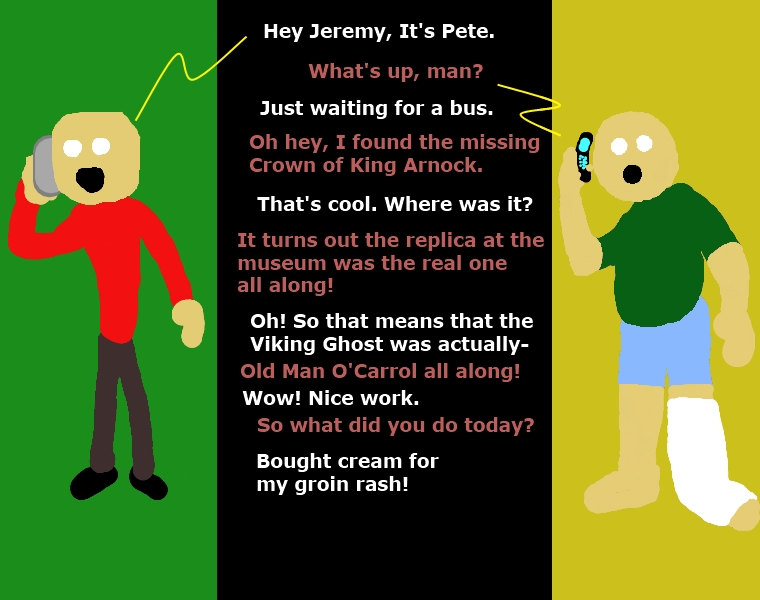 Why did the boob cross the road?
It was a “chicken” breast.

All I got is Phone Guys again. So here’s that. 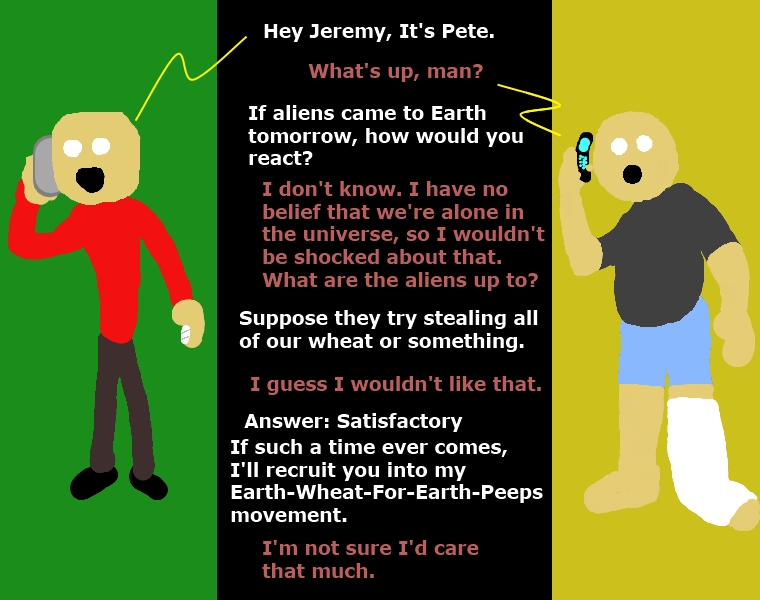 But I don’t want that to be all I offer, so here’s a comedy joke I just invented:

Why didn’t the dik-dik and the melon get married in Vegas?
Because a cantaloupe and an antelope can’t elope!