All of my Superman Thoughts posts are arbitrary ideas and niche beliefs about characters I don’t own and about which my opinions don’t actually matter, but usually I can defend my beliefs well enough. Not so this time. This time it’s really just an idea I had and liked:

Jon Kent should be a psychiatrist. 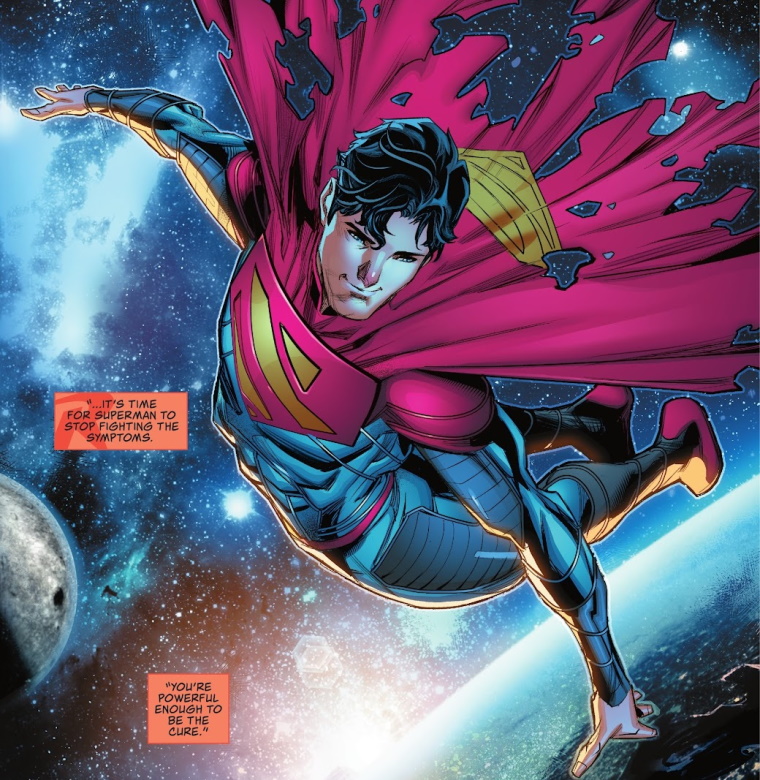 Jon is the child of Clark Kent and Lois Lane. In the comics that DC is publishing now, he has grown and taken on the role of Superman for Earth. In spite of certain elements of what they’ve done with him (they’ve tied him intimately to the Batman characters since the beginning, and you know I don’t like that) I like Jon a lot.

Jon is a good chance to do things with Superman that are different from Clark. They’re positioning him as a more “activist” superhero than his father and the only problem I have there is that Clark should also be seen that way. Right now they’re exploring his sexuality. He’s Bi, as I always said I’d want to write Clark, except I would never have been willing to split up Lois and Clark to explore it. With Jon you can. But one aspect I’ve not seen covered at all and which would give us a real place to play up his differences from his father is his occupation. What does Jon want to do with his life outside of superheroing?

Well, as I said above, I think he should go into psychiatry. He could become a Superman for Mental Health, as it were. When Marvel’s superhero psychiatrist, Doc Samson is written to my liking, he’s the type who still has to get into superfights and stuff, but he does it with the intent to help the person he’s fighting. He cares deeply about deescalating and talking. Obviously one doesn’t need to be a psychiatrist to do those things (when Clark is written well, it’s true of him), but doing it as a profession is different.

With Clark, investigative journalism is the perfect choice. It’s a story engine that lets him seek out the corruption in society and find ways to help people. With Jon, psychiatry could be the same thing. It just fits, and it’s different from his father.

I know I have no way of getting this to happen, but I’ve now put it on the Internet and that’s a start. If Jon ends up a reporter like his parents, they’ve failed the character.