I have just not found the time to draw another scene of life on Planet Gurx, so I’m just gonna do a post with a bunch more of the Gurxian animals I’ve already drawn, aren’t I? I sure am. Here they go. 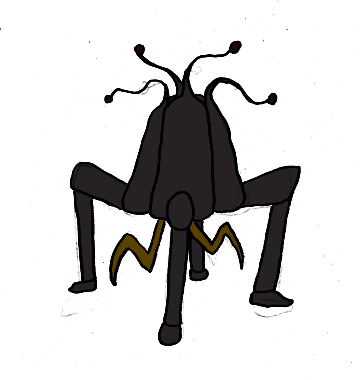 A predatory armoured Vootuph with four eyestalks, which allow them to seek out smaller creatures along the Gurxian beaches, and two stabbing appendages, which allow them to kill that prey. Drovoo are the largest of this branch of the Vootuph line, and often prey on smaller examples such as Pwiak. 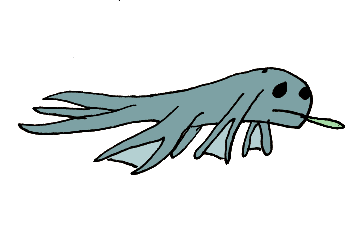 Docile river-swimming creatures, the Twel use their hindmost limbs to gather fallen debris to build complex nests in which they, in monogamous pairs, raise their young. Early Strondos (and other Varians of those ages) would hunt Twel and they were a mainstay of their diet. 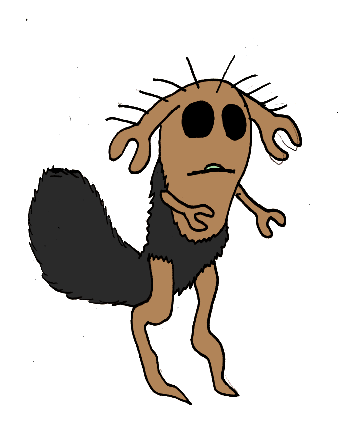 An Aehubar relatively near the Strondovarians on the evolutionary tree, the Hotaein occupy a similar place to them as monkeys do to humans. That said, Strondos don’t have the sentimentality toward their cousins that some humans have toward theirs, and generally consider Hotaein to be pests. 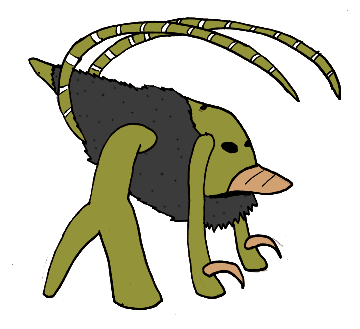 A rare kind of Lapaouger whose hindmost limbs have adapted into tendrils that can snare prey. These, when joined by the claws on the forelimbs, are the weapons that make Urloay one of the most fierce hunters on Gurx. 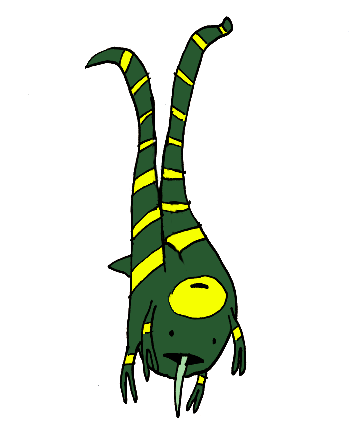 Living in the crowded branches near the canopy of the rare green forests found on some of Gurx’s more isolated islands, the Guoar like to calmly climb around the branches and eat the tiny Vootuph who also live on the trees. Guoar are mellow and slow. 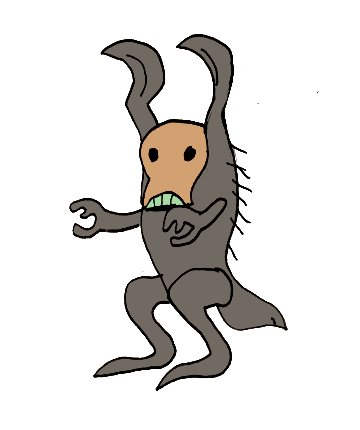 With topmost limbs adapted to digging, the Ayaih live in large systems of tunnels beneath the grasslands, coming out to forage for meals. They’re skittish creatures, used to fleeing back to their tunnels to avoid predators and have a complex language of chirps used to warn each other of threats.