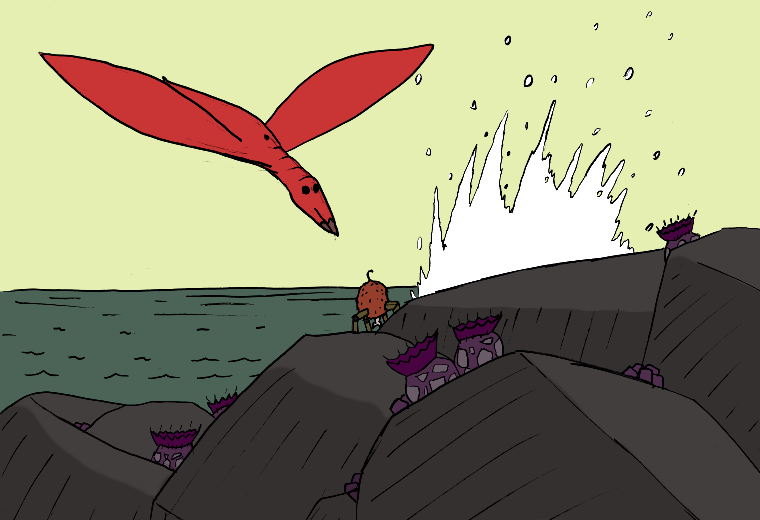 On the shores, not far to the south of the city Varniv, a Bwiak is crawling along the rocks hunting for Eyaedroy cocoons. Before it has a chance to feast, however, a Briapway swoops down with intent to kill. 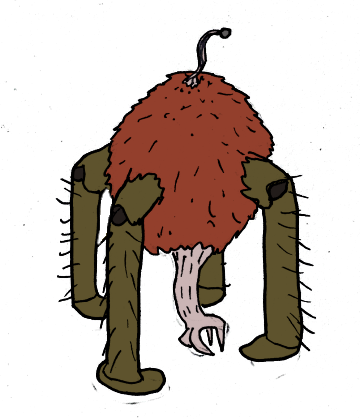 A predatory type of Vootuph, the Bwiak has a specialized tongue/limb that grasps and crushes its prey. This prey can be smaller Vootuph, but a real feast is Eyaedroy cocoons. Bwiak live solitary lives, making dwellings for themselves among the rocks, and protect their territory from others of their kind, only coming together when it comes time to mate. 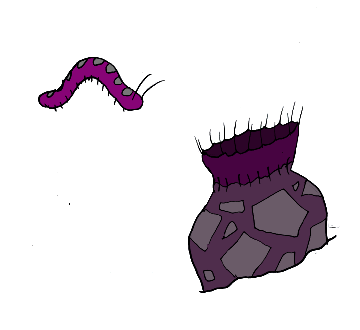 An ancient species, not closely related to many other Gurxian animals still alive, the Eyaedroy has is born as an inchworm-like creature that moves inland to feast on vegetation. After about a year, if it hasn’t been eaten, it is full and returns to the shores where it can end its life cycle by going into a cocoon, but Eyaedroy cocoons are not solitary. Up to a dozen of the worms may cocoon up next to one another, forming a cluster in which genetic material can be shared. These clusters grow into the final stage of their life cycle: a sessile bulb that functions like a factory to pump out more of the worms. 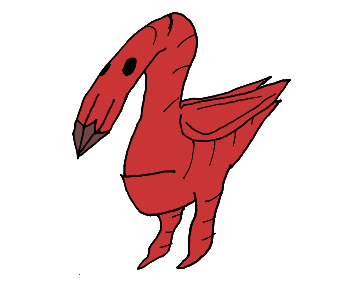 A Glounaph-of-Prey, if you will, the Briapway soars over the oceans along migratory routes, feeding on whatever sea or shore life it happens upon. The fore-limb of the Briapway is tipped with sharp piercers that it can puncture into the flesh of its target. The Briapway’s digits spread slightly causing the piercers, which are barbed such that it can’t easily be pulled out, to hold onto the victim while it bleeds out.