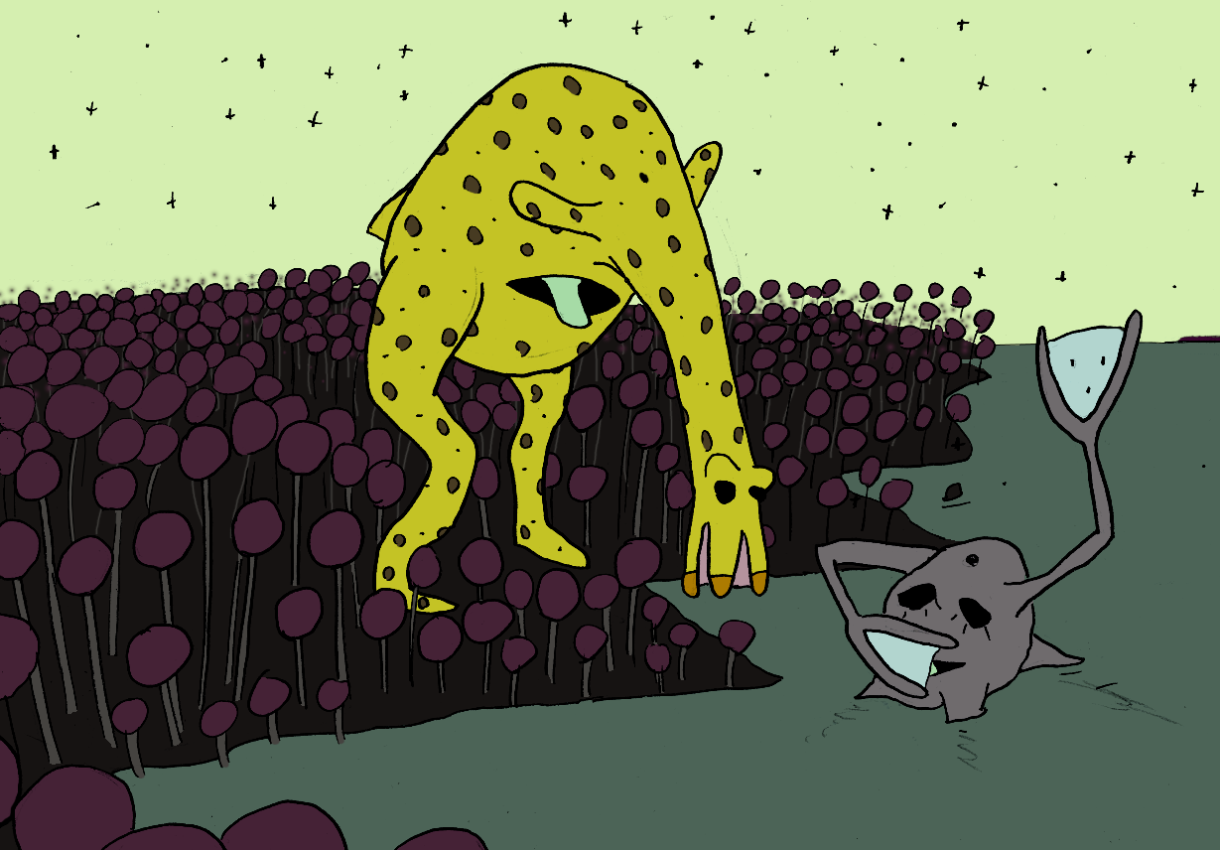 Along the shore of a small, lazy river we see a Heyohayo stopping for a drink. A bunch of Louk cloud around it, looking to suck its blood, which in turn is a welcome feast for a Biddooa in the river. 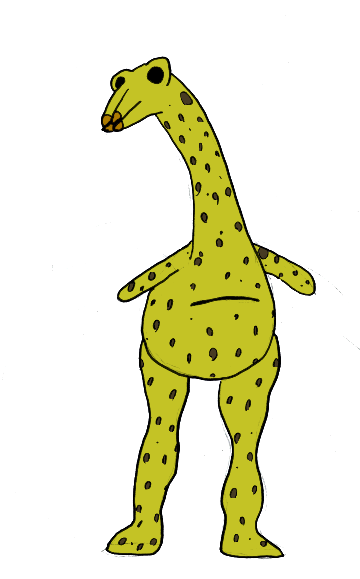 Heyohayo are a large, flightless species of Glounaph. They mostly feed on the vegetation that grows alongside rivers, but will eat small animals from time to time. Larger predators do try to make a meal of Heyohayo when they can, but the large spotted beast has a powerful poke that can do a lot of damage to a potential threat if it can get a good hit in. That said, little tiny creatures like the Louk can prey on Heyohayo while barely being noticed. 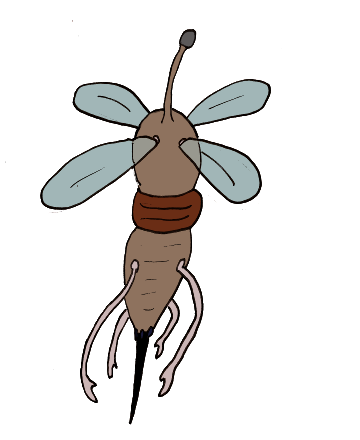 A small kind of flying Vootuph, the Louk pierce the skin of larger animals and suck out the blood and juices they find within, so they love when a big clumsy beast like a Heyohayo wanders by the ol’ watering hole. As with most Vootuph, they have sight organs at one end and the mouth at the other. Their compound eye is on a flexible stalk that allows them to see predators, but isn’t always effective, which is good for the next animal… 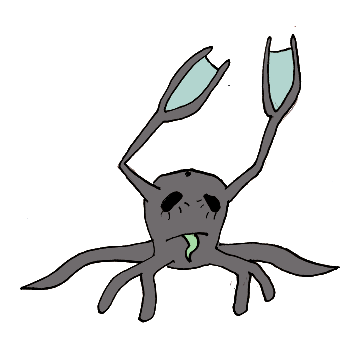 The Biddooa are a particularly ancient species of Lapaouger that have remained largely unchanged since days long ago. Four of their six limbs are devoted to locomotion, but their topmost limbs have sticky pads that are ideal for capturing small flying Vootuph. They can snag a few and then bring the catch to their Rel for consumption. You can’t see it in my little drawings here, but the bottoms of the legs on a Biddooa look wrinkly and bumpy and rough, all the better for gripping onto the rocks at the bottom of running water.