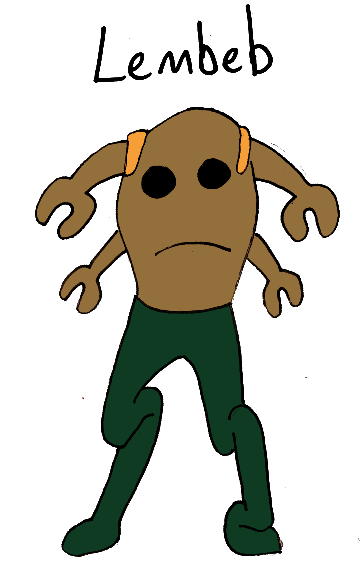 Lembeb has spent the last few years working as the Strondovarian equivalent of a bounty hunter. There’s a lot of criminals on Gurx who are notable enough to be profiled in the Knowledge Bank, and if those criminals are killed, the killer is obviously going to be mentioned on that profile. Lembeb has killed a dozen Boais criminals. It’s risky work, though, because if someone kills Lembeb, they’ll get to be mentioned on Lembeb’s profile. 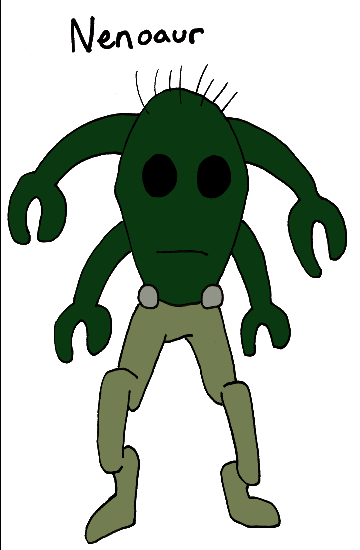 Born on a space station near planet Doaphean, Nenoaur first moved to planet Gurx to study at the planet’s prestigious schools, but has stayed to work with a team that designs rubber tires with treads ideal for different terrain. This is a relatively new team, but they’ve provided tires to some of the more prominent exploratory space missions of the last century, which means they have some prominent credits in the field. Nenoaur is content with that. Would it be nice to gain more esteem and become rich among Strondos? Sure, but it’d be a lot of work too. Nenoaur is happy just maintaining a level of comfort and a chance to tinker with non-fame-bringing hobbies, such as listening to audio drams. 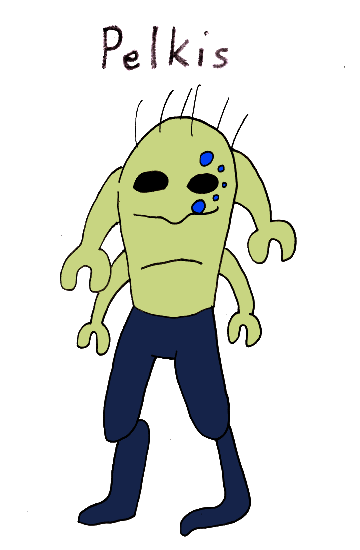 Pelkis is marked by a tattoo (“Gloyan”) which means they are Nexvar. In general, Strondos don’t think of occupations the way that humans do. No Strondo would say “I’m a baker” or “I’m a plumber” or whatever. They’d say “I’m baking” or “I’m fixing the plumbing” because they describe the actions, not the person. But then there are the Nexvar, who liken themselves to living tools dedicated to specific situations and are highly rewarded for it. Nexvar put themselves into suspended animation for long spans of time, until they are awakened by someone who needs their help. They deal with whatever they were needed for and then get to live lavish lives until they opt to go back into the box and wait for the next time. Of course, if a Nexvar isn’t noteworthy enough that someone would want their help… Well, they prefer not to think about that. Pelkis has been alive for over 2200 years by Earth’s counting. Pelkis’s specialty is baking.

(You may note that our friend Nibnassin is Nexvar dedicated to educating aliens about Strondo culture.) 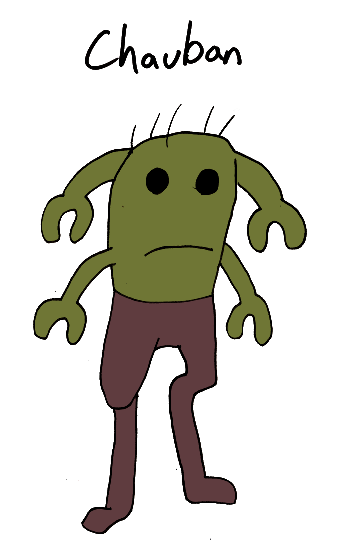 Chauban is in charge of the import operations in the city of Theebev. It’s widely known that the planet Gurx doesn’t have enough resources to maintain Strondo society as it is, but by bringing in materials from space they hope to keep things running smoothly until construction is completed on New Gurx. Chauban and their workers accept the shipments from space and load them onto boats that bring them down-river and to the rest of planet. Chauban has been at the task for years and has gained a lot of esteem. In time, they plan to leave Gurx and put themselves in suspended animation around the construction site of New Gurx. It’ll be so nice to blank out and wake up to see the ultimate accomplishment of Strondovarian civilization complete at last.