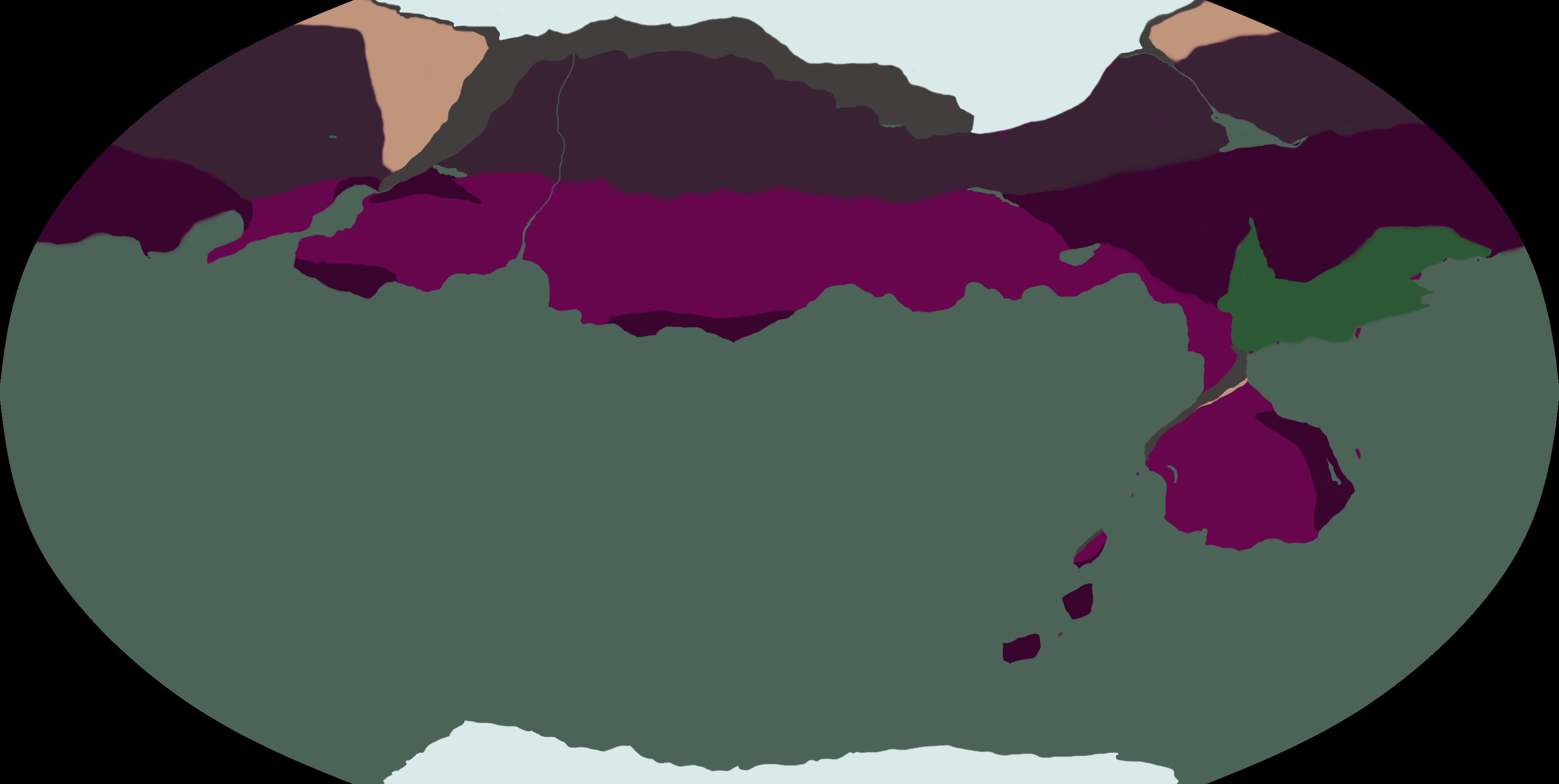 Today we’re looking at a map of the planet Gurx, as provided by Nibnassin. It’s not exhaustively detailed and I can’t guarantee the quality of the projection is 100% accurate and all that, but it covers the basics we’ll need for the rest of our look at the planet.

Most of the land mass on Gurx is currently located in a single Pangaea-like continent in the planet’s Northern hemisphere. Let’s take a look at some specific regions: 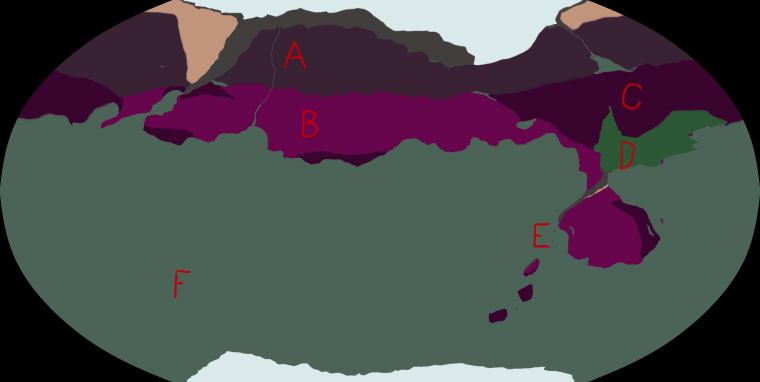 Now lets look try to get to know the basics about the sixteen largest Strondovarian cities on the planet: 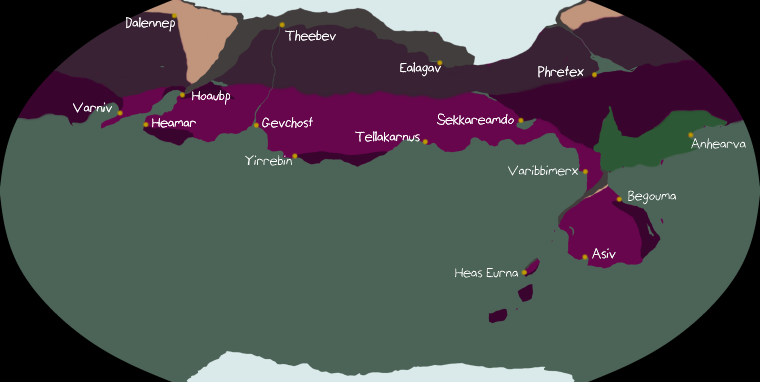 I don’t know that I’ll be getting back to maps with more detailed close-ups before I give up on this project, but I feel like we now know as much as we’ll need.