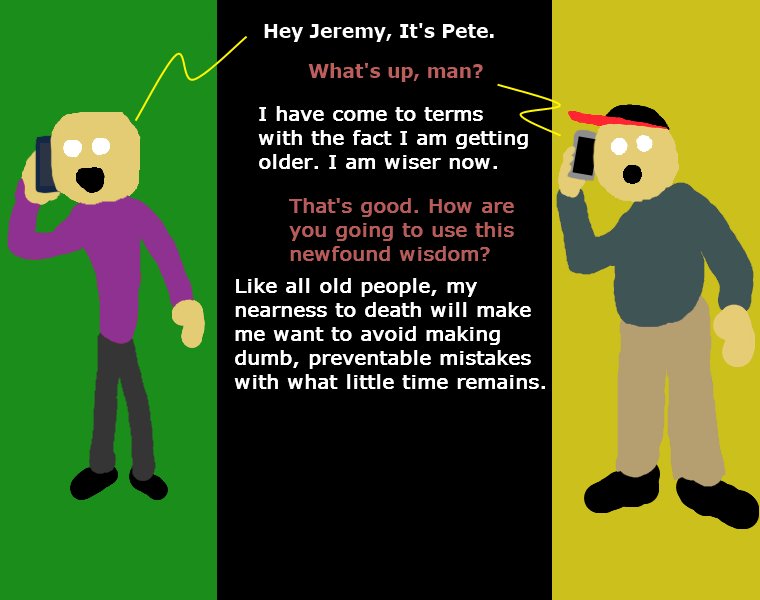 I’ve mentioned before that I make all the Phone Guys I can in one big batch and then I schedule them months ahead of time. Right now it is early April and I am scheduling this one. I don’t get it. I don’t even remember what I was trying for. Is it supposed to be funny because Pete described his nearness to death? Is it because we should all want to avoid preventable mistakes whether we’re old or not? I want it known that I had months of time in which I could have fixed this and replaced it with something better. But I didn’t. Because here at PDR’s Phone Guys Entertainment Industries we are committed only to bringing you Phone Guys in its pure, undiluted stupidest form. It may not be a good comic, but it is true to what Phone Guys has always been: something dumb that takes up space on this site.