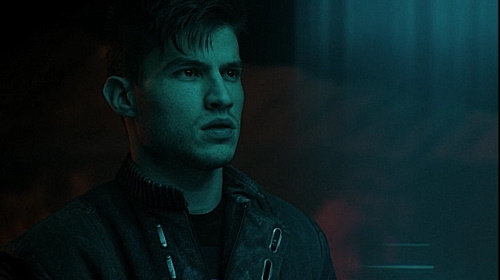 Well, the show Krypton was finally cancelled, so I was finally willing to sit through it all at once. The show was not what I wanted, but I knew that going in. I considered it a chore to get through. But it wasn’t without its successes. I’d say the show’s General Zod was definitely my favourite live-action Zod to date. The special effects gave us the best looking Brainiac or Doomsday we’ve had. There is also some (maybe not enough, but some) stuff in there about how the rulers of Kryptons are jerks and there is a whole oppressed class of people who need help and that’s important for the Superman franchise. And I remember laughing at at least one or two jokes. So with that out of the way, the rest of this post will be about the stuff I didn’t like.

First of all, it suffers from the same problem Smallville did (and which I assume most prequels do) in which everything is about how big and important things in the future are. Man, I hate that. When I worked my way through Smallville (similarly a chore), I decided that my enjoyment of the show would have greatly improved if they were not ever allowed to use the word “Destiny”. If a prequel is going to work, it needs to be a story, not just be about how great the story that comes later is. With that there comes the time-travel that this show used to make sure all the characters knew how important the future was. If the show NEEDED to have a time-traveller from Earth to help the audience relate (I’m not convinced it did), I definitely would not have used a non-Superman-related DC character like Adam Strange. For me it would have been Kristin Wells, not in her Superwoman identity, but just as a researcher who maybe gets trapped there or something.

It’s also very clear that the show was trying to tap into the Game of Thrones type of scene. It had a lot of characters whose names and motivations I had trouble remembering and they’d stand around having big vaguely-British-accented conversations about the various factions vying for control of the land and their words would be dripping with hints of importance and betrayal and haughtiness. I get that that was intentional. That was what the show wanted. So they did that. But it’s definitely not the way I would have gone with it. The Krypton show as created by PDR would have been 75% less Game of Thrones and that space would have been filled up with an X-Files sort of scene.

My proposal is thus: We make Seg-El a paranormal investigator. I’m assuming we still need to base the show on Superman’s grandfather specifically, so we go with an older Seg-El, already raising a young Jor-El. This would place us closer to Krypton’s destruction. My Seg would not be a high-ranking member of the Science Guild, but his work would involve wandering the planet investigating strange seemingly-paranormal things. There are plenty of tales of weird stuff on Krypton that could be adapted to play as spooky occurrences. Things like Lar-On becomming a werewolf-style beast or Nam-Ek making an immortality serum that turns him into a monster. Before the Phantom Zone is officially discovered, it could be the cause of various phenomena. What about the Juru Wizards. The coming of Brainiac. The lost history of the Vrang invasion. The aforementioned time-travel. At least one visit from Mxyzptlk. All of this adds up to enough weirdness to sustain a paranormal investigator’s career.

And, over the course of the show, he might notice that the strange occurrences have a common thread: a chain reaction of some kind is beginning in the planet’s core. I wonder what that’s all about? Oh well, I guess we’ll never know.