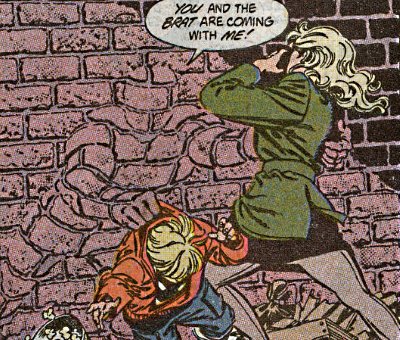 And I would want him to be at least a bit sympathetic. If I could again draw on a criminal’s powers to infer their personality, I would cast Blindspot in the role of the ignored and unrespected crook who feels as invisible as he can turn. He would probably overreach himself trying to prove his value to the team and would fail a lot of the time. He gives the rest of these losers someone they can mock to feel good about themselves.

It is worth noting that Blindspot was of Chinese descent (or at least he was Asian and capable of hiding out unnoticed in Chinatown). He was never given a civilian name, so if I were given my druthers he would be Henry Wong, after a Chinese crook who appeared in an episode of the 50s Adventures of Superman show. I can see no reason not to do it, and it works as to remind that diversity in superhero stories isn’t as strange as certain complainers think it is. There was also a Wong family who appeared in issue Superman #54 in the 40s. They were not criminals, though. But maybe they’re Henry’s family. Why not?