I have said that I am jealous of Batman’s villains because they are “better” than Superman’s. That is true, but you know whose villains I enjoy even more than the Great Fleidermaus Detective’s? Spider-Man’s. That guy has a ton of villains who are just plain fun. And it isn’t even his a-listers I’m talking about. I barely care about Spider-Man’s big villains. What I like is his c-listers. They are so good they could and have headlined their own books while still being c-list super-crooks, not brilliant criminal masterminds or maniacal killers. That is what I want for Superman’s foes. I want him to have his own equivalent to the Sinister Syndicate. So let’s work on that, shall we? (I will do it. You can just sit there.) 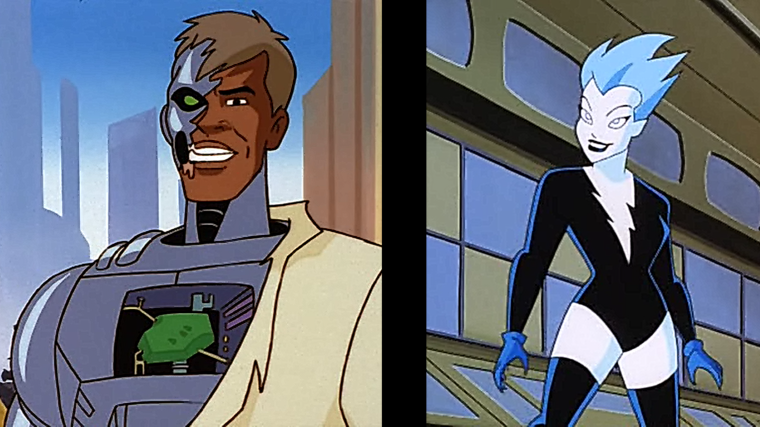 I don’t know what name this team would have, if it had any. In my ideal world, I would find a name that was once used in some obscure Superman comic that would fit this team perfectly and reclaim it. At the moment, I have not found that name. I would NOT however, call this team the “Superman Revenge Squad”. I’ll probably do a post about those guys someday, but they aren’t these guys. These are the guys who mostly don’t want revenge on Superman. They just want to do crimes when Superman isn’t around. There probably wouldn’t even be a permanent roster. They’d be more casual criminal acquaintances than an actual team.

Mostly I will be plucking very obscure supervillains for this. There are some more mainstream ones who’d fit in, though. Off the top of my head, Metallo and Livewire would work. Anyway, at least, I don’t have enough to say about either of them to merit their own posts, so I’ll cover them here today.

Metallo, a cyborg thug with a heart of Kryptonite, is without a doubt the highest ranking of the villains I will propose for this group. He’s also the one most likely to be involved in plots that go beyond the parameters I just set for the team. He is the type who’d go out for revenge on Superman. He would probably be perfectly willing to work for Lex Luthor or whomever instead of doing bank jobs or whatever. But he’d do those smaller crimes too. He’s not picky. And for this group to work, they need at least one notable criminal in the batch. Metallo works.

Livewire, an electrically-powered sassmouth criminal, on the other hand would probably think she’s too cool for this crew. But being a supercriminal isn’t easy. Sometimes she’d need the money and working with a team can be better than working alone. I don’t know that she’d be especially loyal, though. She’d also probably think she’s on top of things enough to manipulate the rest of the group, but that may not always be true.

And that’s it for villains anyone has heard about. I’d also throw Timebomb into this. I think he’d fit into the group too. Next week I’ll start throwing out some of the others I think belong here.