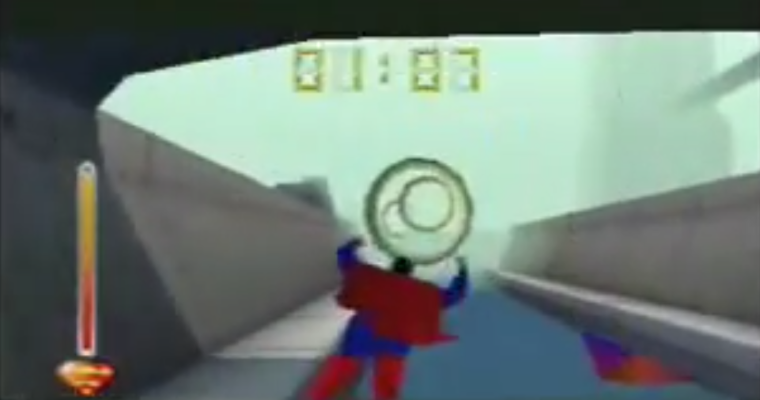 This week I am just going to be unloading a random mess of thoughts about a potential Superman game, as I discussed last time.

Collectibles: seems like all these games have things strewn around the city that you must gather up because it is easy fun. Well, I propose we can do that here as well. I would go with the story that Beppo the Supermonkey ransacked the Fortress of Solitude and hid them around town. You gotta get them back. Easy. And the collectibles would be souvenirs from old missions or Kryptonian artifacts and so on. A good chance to introduce the franchise to players.

Mxyzptlk Missions: As I said last time, I would keep Mxy away from combat missions. Much better if he is used to create crazy side missions. And I would absolutely include one where he makes you fly through rings as in Superman 64, considered one of the worst games ever. And I wouldn’t even feel bad about it.

Fast Travel: I don’t know for sure how super speed could be done in a game. I picture a button that you press and everybody but you slows to a snail’s pace, it uses up your power and all that stuff. That is all well and good, but also it is clear that fast travel in the game could also be presented as super speed in action. As long as your in your guise as Superman (ie, not as Clark Kent) you should be able to instantly get to any location in the city. And if you leave the city boundaries, or just fly up, up, and away, you get to choose locations outside of the city to visit. (The Fortress, Smallville, probably some oil rig, wherever else the game takes you).

Other Playable Characters: If this game is designed to make it feel good to be Superman, don’t take that away by making the player have to be Lois or Jimmy for missions. Instead, have the Other Character missions be other superheroes. I have no idea what kind of canon this game would be shooting for, but if I were in charge we would be seeing a Superman who has been around a while and therefore has allies. Supergirl, Steel, Mon-El, Superboy, Krypto. There are plenty of options.

Plot: As I said among these posts, I’d not want to use either aliens (such as General Zod) or Lex Luthor as the villain of my Superman game. For the first game, I’d keep it lower stakes. You start the game with Lois and Clark investigating someone wrongly accused of murder (which functions both as a reference to the very first person Superman saved in the comics, and as the sort of thing I like to see them doing in general) and that investigation leads them to uncovering corruption in local politics, police, and ties organized crime (The Scarlet Widow would work for that role, of course). These corrupt politicians and mobsters would obviously have supervillains on the payroll, so we’re good to go.

Anyway, I’m gonna stop talking about the game now. I have proven to myself it could work, so now I can sit back and wait until a real Superman game is either made poorly or not made at all.