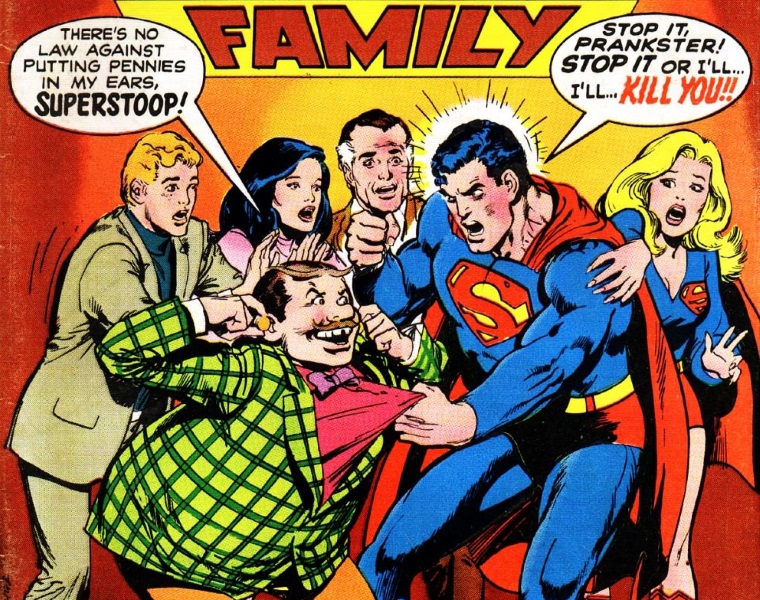 The Prankster is one of Superman’s longest-appearing regular supervillains. I don’t think he gets a lot of respect from fans, but he’s also “made it” into the pantheon of Superman characters. He’s not one who I feel I need to fight for his inclusion. He’ll continue to show up because he’s tradition.

One of the more recent takes on this character, one I like, is that he’s the guy that other criminals will hire to annoy Superman as a distraction while they do other crimes. That’s a good way to go, because it gives him a lot of freedom to do wacky things. He’s also good for just doing his own crimes, in nice standalone stories with a little twist at the end. And he also gets to team up with the Toyman a lot, which is also fun.

But if I were writing a Superman story right now and wanted the Prankster in there, I’d probably have him go up against the “Truth” aspect of what makes Superman tick. The Prankster could have a vendetta against the Daily Planet and try to harm their credibility with some elaborately staged Fake News pranks and they’d have to step up and prove the worth of journalism. I think that, in this age of the erosion of truth, the Prankster has a relevant role he could play.