I watch a lot of dumb movies. To get something out of it, I am going to start occasionally writing thoughts about them on my website. These are not reviews, because almost always these will be terrible films, just things I think of while watching. 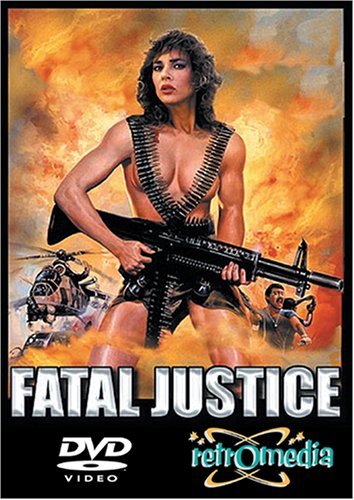 The plot is pretty basic. A CIA Assassin code-named Diana is sent to kill a more senior CIA assassin code-named Mars. Early plot twist: Mars is her long-lost father. Later plot twist: The CIA is actually trying to wipe out its entire current generation of assassins to get new ones who are more loyal to newer administration (some of whom are compromised to the Russian mob).

It’s definitely a movie that uses violence and action as a spectacle, but it actually has a pretty anti-killing stance within the text. As he nears death, Mars says: “You know, it’s funny. You start killing for Uncle Sam, you’re young, you believe in the system. You want to do the best you can do… but when you find out that it’s a lie, it’s too late. You don’t have nothing left. You don’t have nothing left. It’s just you and your conscience. I’m so tired of killing. I just want to rest.” Of this, PDR, your local Pacifist Who Likes Action Movies, wholly approves (while admitting the hypocrisy).

When Diana is introduced, she is posing as a pizza deliverer to gun down an old man in front of his family. It’s implied the guy “deserved” it, but she feels bad for his family. Mars, meanwhile, is introduced as training the next generation of assassins. There’s a scene I actually like where Mars is doing a drill sergeant thing with the new volunteers. He asks one of them why he joined and the guy is like “To serve my country” and Mars is like “You are not! You’re here because you want to kill people” and he goes on about how this job lets them act out their sick fantasies and the government will sanction it and “pat you on the back”. Mars’s training technique is very much like the Marvel character Taskmaster’s, in that the students aren’t guaranteed to make it through alive. I suspect this is not how he’s always trained them, but that he’s only doing it this time he knows what’s coming.

As Diana and Mars team up to go into what seems like it’ll be a suicide mission: “You go East, I’ll go West.” “We’ll meet in Hell.” Someone thought that was deep.

Naturally, for all the movie laments what killing does to the protagonists, Diana still achieves her victory by slaughtering everyone who wronged her. (I mean, her ultimate victory is actually seeing through the CIA’s last ditch attempt to get her and escaping, but mostly the violence thing.)

What else? There’s some surprisingly expensive-seeming stuff going on: helicopter scenes, cars flipping, stunts where people fall from windows. Speaking of the helicopter(s)* There is a bit where a cop, over a speaker from a helicopter, was saying “This is the police, come out with your hands up” and then Diana shoots at him and he says, still over the speaker “Oh Shit” in a pretty bad delivery but it made me laugh. Diana actually does manage to bring down the helicopter with the pistol.

But those few scenes with a budget can’t cover up the fact that the movie is pure B-Grade trash. The bad camera quality, some terrible ADR work, crappy lighting. It’s all stuff I myself could probably exceed in these days of 2018 with my phone. Granted a lot of the acting is bad, but they do have actors. That’s one thing that even 2018 PDR can’t rival. Amusing to me: at one point Mars assigns four trainees orders to head North, South, East, and West respectively, but the actors don’t move in directions that can correspond with their orders.

Finally, for a movie that has nudity and swearing and such, Diana keeps using these exclamations that are endearingly mild. She’s all “You better believe it. And how!” and “Oh, man!” even in times of danger. Unfortunately, “You picked the wrong day to mess with me, buster” is not going to rank among the top action one liners of all time.

*While multiple helicopters appear in the narrative, I suspect they were all played by the same helicopter.