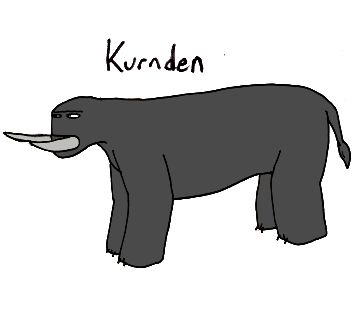 The planet designated “01.000” doesn’t know how it came into existence, but it does know lots of things. It is a fully inorganic world, a giant machine that, as far as it knows, has always existed as such, though it understands the unlikely nature of that. In recent times, it has decided to create life, biological life, from scratch, mostly for its own entertainment and experimentation. The results had, for a long time, been rudimentary, but now it wants more. It wants to create a biological entity with enough intelligence to actually converse. To provide new thoughts to the planet that has thought on its own for so long. 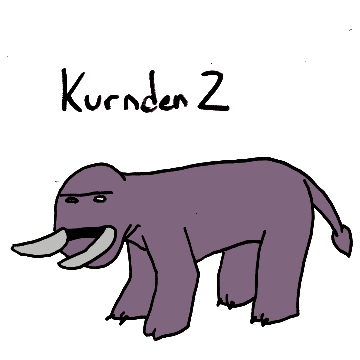 Kurnden was the first Biological Intelligence that 01.000 created, originally calling it 02.000. The lifeform, a four-legged creature with tusks, was designed to use sound to communicate and eventually began to develop words for things that 01.000 had not thought needed designations, including giving itself the name Kurnden. It greatly enjoys philosophical thought and discussing the nature of existence, which is exactly what 01.000 was looking for in a companion.

Wanting to replicate the success of the original, Kurnden 2 was cloned from the first, though the process was slightly physically defective. The planetary computer detected these flaws and planned to terminate the creation before it was born. Kurnden argued this, saying that the flaws would make the clone different from the original, and that would provide the new viewpoints that they wanted. Kurnden 2’s flaws, unfortunately, include a shortened lifespan. Kurnden 2 knows it will not live as long as it should, and that knowledge of its own mortality does indeed bring thoughts that had not occurred to Kurnden. 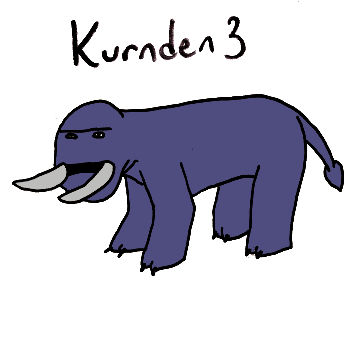 Kurnden 3 was created when the computer planet feared the flaws in Kurnden 2 would require a replacement. As a result, Kurnden 3’s perspective is also quite unique, as it simultaneously feels superior to its flawed fellow clone, but is mournful that it’s “sibling” will die. It provides insight to a kind of cognitive dissonance that the other Kurndens and 01.000 are not familiar with.

A Fact About Kurndens: The Kurndens have no means of reproduction and, at the moment, more of them can only be created by the machine planet 01.000.