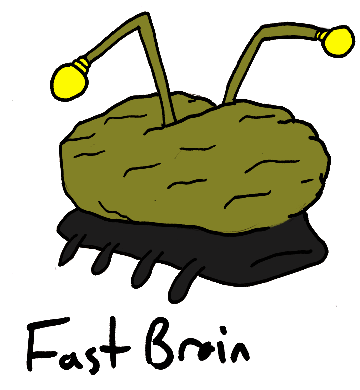 The Mentarrids are a race of psionically powered aliens. Their physical forms are essentially just life support systems for their massive, complex brains, with eight stumpy legs help them graze the fields of their high gravity world, Torrascad. With almost no threats to their bodies on the homeworld, the Mentarrids are free to project their consciousnesses into the mental realms. Through this medium they have made contact with intelligences from other worlds and even other dimensions and realities. Most of the time the Mentarrids are more powerful than the others, being almost like natives of the mental realms, but unlike the true natives, they have a physical form to which to return when needed. 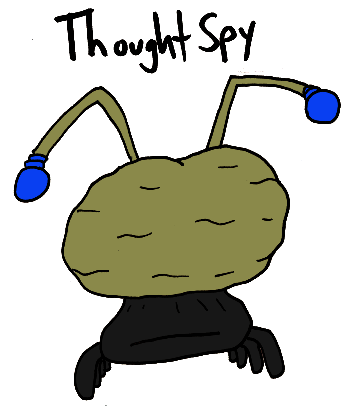 Fast Brain is a Mentarrid noted for being especially perspicacious. Wizards and astral projectors from all over the multiverse come to Fast Brain to answer vexing questions, and Fast Brain obliges because such puzzles are quite enjoyable.

Not all Mentarrids are kind to those they meet in the mental realms. Thought Spy, for example, has a tendency to steal information that other beings would prefer to keep secret and either sell it to those who are interested, or blackmail the victims with the threat of such sales. Since currency is not of much value in the mental realms, Though Spy prefers to be paid in servitude. Those who owe Thought Spy are asked to perform tasks in the physical worlds, the purpose of which Thought Spy has not revealed. 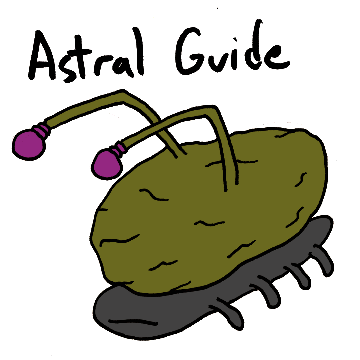 Astral Guide is a people person. When a mind wanders into the mental realms but is not quite as skilled at traversing them as a wizard might be, Astral Guide will offer them help finding where they need to be.

A Fact About the Mentarrids: Torrascad is the only planet to develop complex life forms in its galaxy. Were it not for their mental abilities, the Mentarrids may never have realized that other intelligent life exists. The remoteness of their world has definitely helped to keep them safe from invasion by other species.