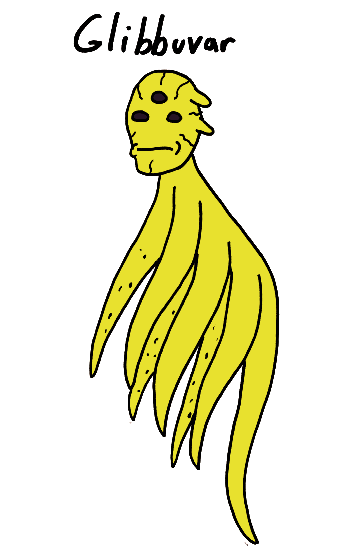 Like the Pllvm, the Pllvmoids are a species of water-dwelling beings that live in the oceans beneath the icy surface of a world. Unlike the Pllvm, the Pllvmoids are a race that has never known war or hatred. We’d consider them childlike, as they are full of curiosity and general good will for others. But that innocent spirit we’d call naivete has served them well, though, as their peaceful existence of seeking knowledge has helped them develop very advanced technology. They have established orbital space stations around their world, but more research has been put into travelling with wormholes.

Pllvmoids have six flexible tentacles and a tail that is less flexible. They also have three eyes. The Pllvmoids don’t have a sound-based language of their own, but for the sake of this post, I will use the names they’d take if they spoke the Pllvm language. I’m sure that’ll make it easier for everyone. 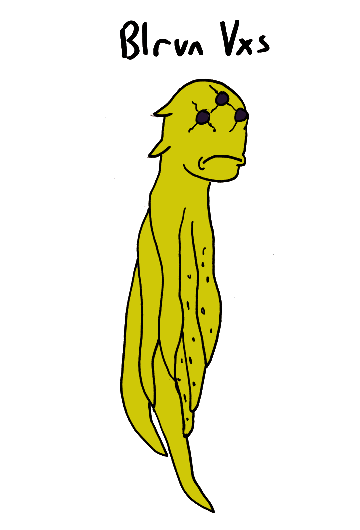 Glibbuvar is one of the scientists working on the Pllvmoid’s wormhole technology, and was the first to visit the Pllvm homeworld when they made contact there. Though contact with the Pllvm was pleasant enough, that was because they met with a small community. When Glibbuvar learned of the corruption that exists in other parts of that world, it was quite a shock. The Pllvmoids now debate the merits of returning to the Pllvm homeworld and trying to help clean them up.

Blrvn Vxs is an astronaut on board one of the Pllvmoid space stations and is personally in charge of maintaining the correct chemical balance in the water there, which is done with the aid of biotechnology. Pllvmoids breathe oxygen and give off carbon dioxide, for example, so Blrvn cultivates a sort of plantlike creature that takes in the carbon dioxide and gives off oxygen at a rate sufficient to be useful. Blrvn prefers the company of such creatures to that of other Pllvmoids, so a position on a space station is somewhat ideal. 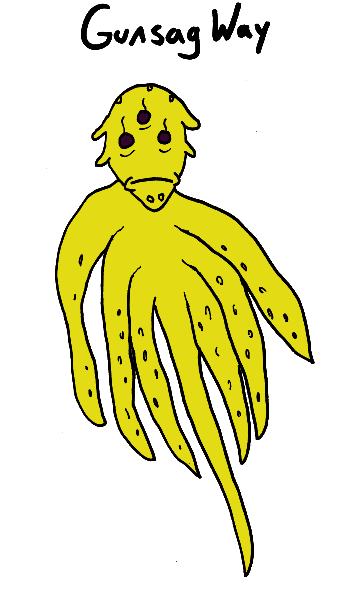 Having no form of writing to record information, before the development of technology that could store data, the Pllvmoids memorized complex dances that told the history of their world. These dances are being forgotten as those who knew them die off, but Gunsag Way is devoted to recording as many of them, from around the world as possible.

A Fact About Pllvmoids: All food that Pllvmoids eat is raw, much of it still living.

I said somewhere on here that I meant for the Pllvm to be as common in the multiverse as humans, so it seems appropriate to me that there would be a species out there that looks like the Pllvm with minor changes to their face, since we see so many aliens that are just humans with different faces. Still, I’ve also given these guys fewer limbs and a different skin color than the Pllvm, but the idea remains.