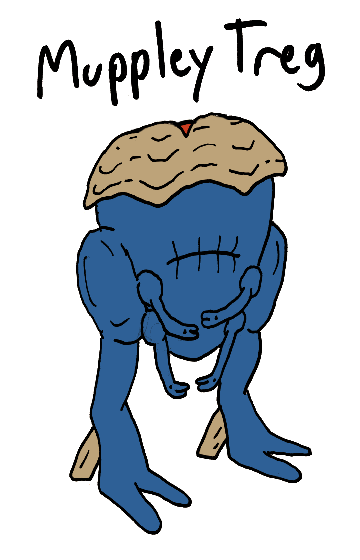 The planet Shekko Laotance is a world packed with extremely tall tree-like plants, their canopy covering almost the entire landmass, very little light makes it to the ground beneath them. But life thrives even there in the darkness, including the Laogrup, a bipedal species with four hands and a shell on their heads. The Laogrup do have small photosensory organs on their hands, they have no other eyes and do not rely on sight almost at all, instead perceiving the world largely through sound and smell. In human measurements, they stand roughly a metre tall. A large part of their diet is made up of meals cooked out of various forms of a moss-like growth abundant at the bottoms of the large trees. Laogrup tribes, generally democratic in nature, dot the dark surface of the world. In some places they live in rocky caves, but mostly they build homes out of stone. 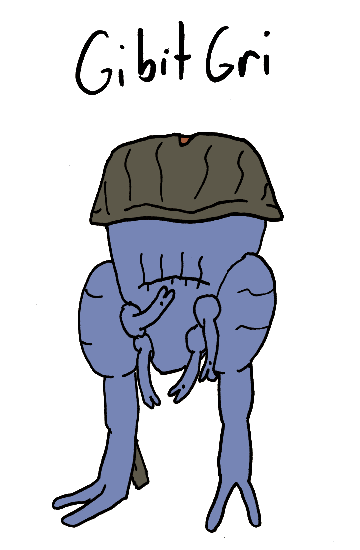 Muppley Treg is a member of a tribe that is in near-constant warfare with another tribe. The territories of the two groups are separated by the downed remains of a few of the massive trees that fell many generations ago. Muppley Treg is a scent-marker, a job that entails rubbing spit onto various landmarks so that those who pass by can tell what tribe owns them. This is dangerous work, it keeps Muppley Treg on the outskirts of the tribe’s territory, but it also gives them high status in the community.

Gibit Gri is a prisoner in the planet’s largest prison, known by a name that would translate as “The Place of Unheard Shouting”. This prison, which is jointly used by several tribes, could be described as an oubliette city, with its one entry point highly guarded and no other means of escape. Gibit Gri and all other prisoners are their for life, and the only way for them to survive is to form tribes and act as though civilized. Gibit Gri’s role in this is to examine newly arrived prisoners to see if they seem mentally stable. If not, they must be killed. 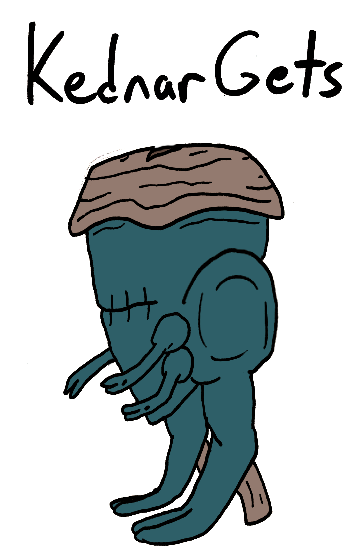 Kednar Gets lives with a tribe on an isolated peninsula. Theirs is one of the few places on the planet where a view of the sky would be possible along the horizon, if they had the means to see it. The tribe, being near the sea, has access to sand, which other tribes do not. They like to ritualistically bury things, and Kednar Gets in particular buries tools for later use, with the superstitious belief that they will be more effective.

A Fact About the Laogrup: The Laogrup expel their waste through a sphincter on the top of their heads. To do so, they lean over so that they are almost upside down, then fire the liquid waste several feet away from their bodies. Usually, they will try to aim for a river or stream that has been designated for such a purpose. It is considered a source of some humor to talk of spraying waste on enemies instead.