The Flartians are probably the worst jerks in the universe. Certainly they are the most numerous. Their empire spans multiple galaxies and there are more individual Flartians than any other species in their universe. The Flartian Empire is ruled by an immortal giant floating face called Flarzom, and they are hungry for conquest. This led to a war against the Space Army that was unlike anything seen before. Though a peace has been achieved, the Flartians are just biding their time until they feel confident enough to try again. In the meantime, there are teams of commandos that still do covert operations that advance the Flartian cause. Here is one such team: 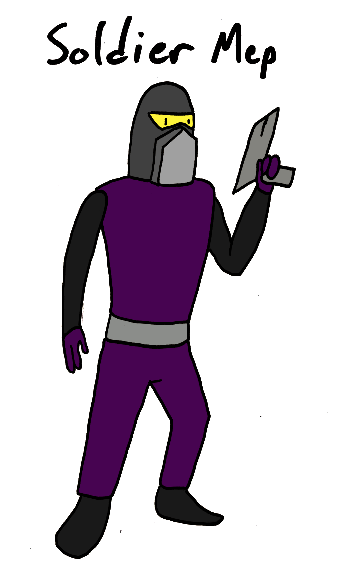 A veteran of the war, Mep is a loyal soldier and would not have stopped fighting no matter what peace was brokered. As long as the enemy species still existed, they had to be fought. Rather than let an unstable Flartian risk political incidents, Flarzom rewarded this loyalty by placing Mep in charge of a commando unit. 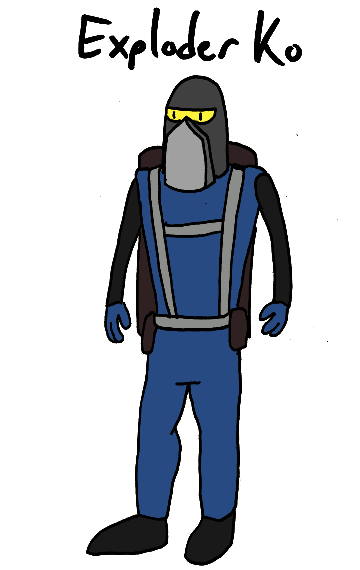 At some point in history, the Flartians tried to start a rumor that they were the universe’s best chefs. That’s untrue by a long shot, but they thought it would make them look good to all the lesser species. To this day, Flartians still try to become good chefs to back up their claim, and that’s what Ko was attempting to do, but accidentally learned how to make explosives. Ko is the team’s demolitions expert. Ko is too young to have fought in the war, and was depressed about that until the chance to do war in secret came up. 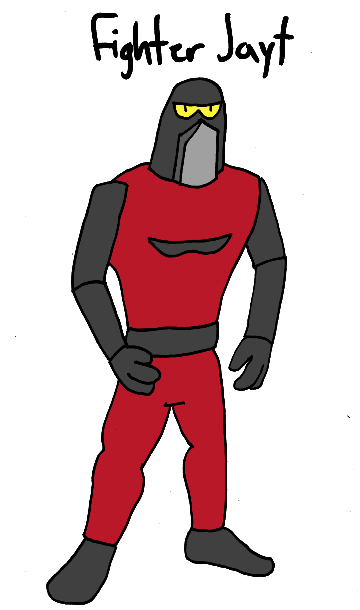 Jayt is trained in martial arts and unarmed combat. The truth is that the war was rough on the Flartian Empire. Resources within the Empire are low, and what they do have is best used rebuilding their armies. With a lack of weapons and ammunition, unarmed troops like Jayt are being used (many of the Commando’s missions actually involve stealing weapons). 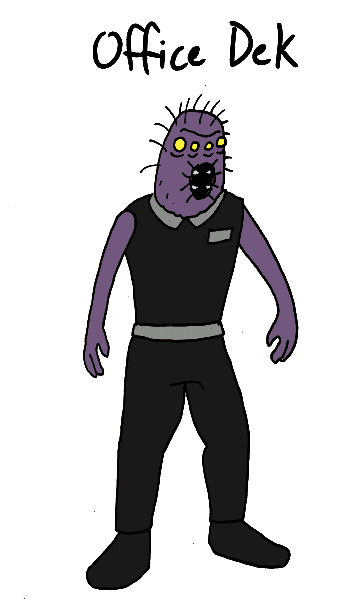 Office Dek is the Flartian assigned to unit as their office worker. Dek’s job is to write up reports about their missions and expenditures and send them back to Flarzom. Though trained in combat, Dek doesn’t get to carry weapons or wear a traditional war helmet, because those would eat into the budget, so Dek prefers to stay out of the fight and stick to the office on their spaceship.