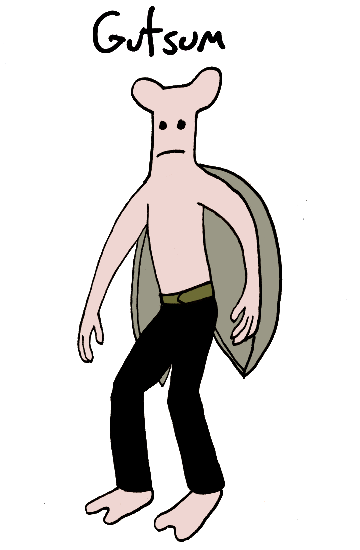 Tallians come from a world they call Tallius, which is a moon orbiting a rogue planet, a gas giant they know as Tallanar. They are humanoid in shape, though they have wings on their backs which can not be used for flight. Tallians communicate by vibrating their wings and cannot speak without the aid of artificial voiceboxes, though those few living off-world often do have such technology implanted regularly. Such speakers will often keep their wings bound under clothes to help keep them from unconsciously beating their wings while they talk.

Agnes, the doctor about the Space Army’s Stinky Saucer, is a Tallian, but not very many Tallians have gone on to join the Space Army. Even during the height of the war with the Flartians, the Tallians preferred to keep to themselves and wait to see how things resolved. 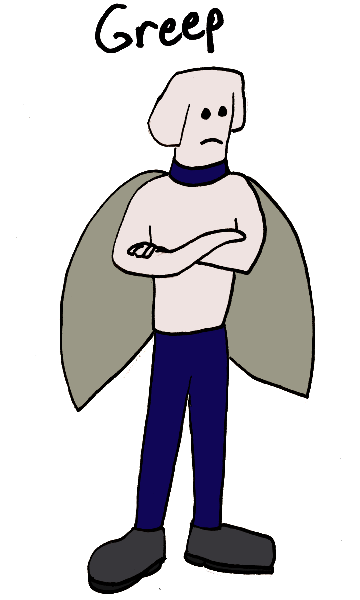 Gutsum works at one of the Tallius’s geothermal power plants, harnessing volcanic heat to power the world’s electrical grids. Occupations for Tallians are trained for from birth, individuals are not given much choice in what they want to do with their lives, but because occupations only take up a small portion of their time, few are unhappy with what they have to do. Gutsum spends her considerable free time meditating in the thermal spas near the power plant.

With no star of their own, the Tallians have never had much chance to study stars up close. Greep studies stars, an occupation which many see as not very useful or applicable to Tallian society. Most of Greep’s work has to be done at a distance, often studying information purchased from other species, but every now and then, Greep gets to actually board a spaceship and visit some planet or space station where stars are more easily witnessed. Greep treats these occasional trips as the highlight of her life, but always returns home, because too much time spent among the stars is kind of creepy. 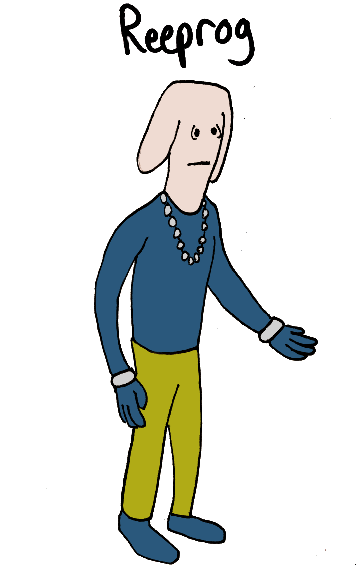 Reeprog is an employee of the Tallian government, working at the buildings used to house diplomats from alien species when they came to visit the world. While Reeprog tries to be nice to visitors, she does find them obnoxious with their harsh languages and lack of knowledge of Tallian customs. Reeprog deals with them by making snide sarcastic remarks. Perhaps the best thing about cross cultural interactions is how little people are on guard for sarcasm.

A Fact About Tallians: For Tallians, eyesight is not the most developed sense, they rely more on their hearing and touch. Tallian music is designed to send vibrations through the listeners and trigger physical reactions. In listeners of other species, this can cause effects such as making them drowsy or even causing them to vomit.