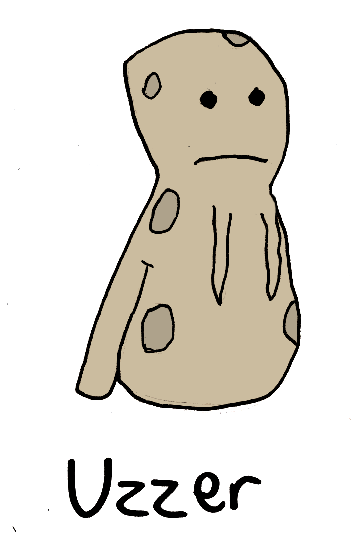 This species has arisen on a planet called Vredd. At the moment, the species is at a turning point. Their intellect has only recently (in evolutionary terms) separated them from similar species, and brought the into a fertile tropical valley. At this time, there are only about 20,000 Vreddites on the planet, most living in tribes.

Vreddites’ locomotion is performed by a large “foot” that makes up the large bottom of their body. This foot allows them to hop around, while two appendages on their back, the kickers, can propel them at higher speeds than the hopping alone. The kickers are also useful for delivering a powerful blow, assuming your target is behind you.

One Vreddite, named Wyeenk, was once mocked by Little Choy. Once, I was planning on doing a comic about the Vreddites before I got going on the Secret Government Robots instead. 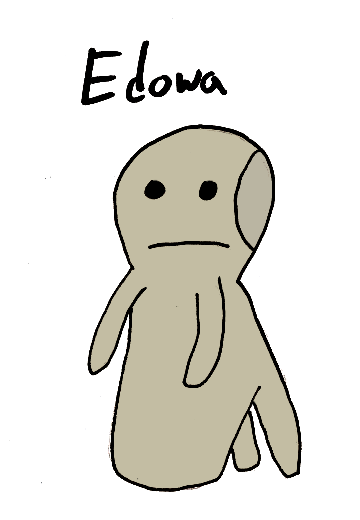 Uzzer is the leader of a tribe that has been driven into the mountains by stronger tribes. Life is hard for the mountain-dwelling Vreddites, having to deal with temperatures much colder than their species is used to, and food is scarce. Uzzer wants the best for the tribe, but if they can’t get back into the valleys, they may starve. But the valleys are full of other tribes who don’t want to share. Some drastic action needs to be taken, and it is going to end poorly for someone.

Edowa is the tubemaker of her tribe. The making of air tubes is one of the most advanced technologies on the planet at this time, mostly used by combining naturally growing bamboo-like plants with squeezable bulbs that blast pressure through the tubes. Most tribes are complacent to use these to propel rocks as weapons when hunting, but Edowa’s tribe has taken to experimenting with other uses, such as propelling water through long distances for crops or for fighting lightning fires. 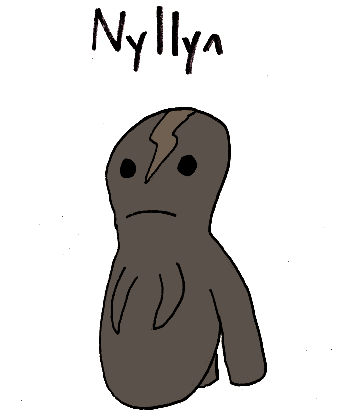 Nyllyn is from a tribe that lives near a large waterfall. Though they like the waterfall, it has been a cause of death for several tribe members, which causes problems. It is a Vreddite tradition for survivors to eat their dead, so that they will be forever a part of the tribe. But when a Vreddite dies in a manner such as falling off a waterfall and being swept away, as Nyllin’s sibling did, there is no body to be eaten. To this day, Nyllin is terrified that her sibling’s corpse will return in some dark night and force its rotting remains into Nyllin’s mouth.

A Fact About Vreddites: Vredd is a very cloudy world, so its sun is not seen with great frequency. This is one major reason why Vreddites have yet to realize they are seeing the same sun every time. By their current thought, it is imagined that suns are large, bright objects that happen to pass by occasionally.