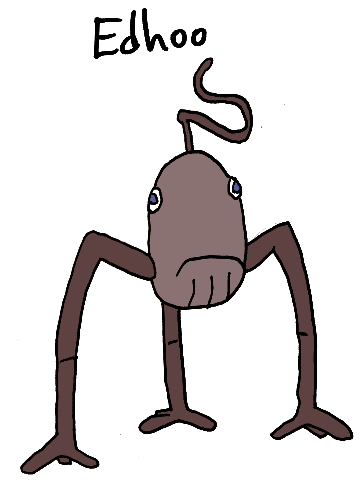 The Exkibos live on a planet called Uksteron, a world with an orbit that causes long periods of winter between very hot summers. The Exkibos live in the hottest regions of the planet, and hibernate during the winters. The planet has no satellites, and the only other planets in the system are so distant that the Exkibos have not yet noticed them.

Exkibos are three-legged creatures with a flexible appendage growing from their foreheads. On average, an Exkibo’s height would be about half of that of a human. Exkibo society is one of strict hierarchy, with the ruling class claiming to be descended from legendary heroes, and the vast multitude living in poor conditions to serve the royalty. The heroes of legend may not even have ever existed, but the tales shape modern Exkibo society in many ways. 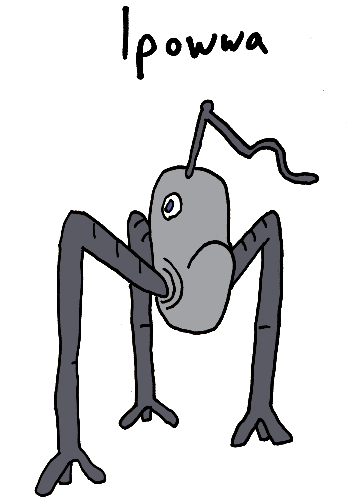 Edhoo is from a royal family that claim to be descended from a great world-travelling hero who sired many children. Edhoo tries to live by the example of that ancient hero, travelling to other nations and interfering with their affairs in the name of “saving the world” all while trying to mate with whoever is willing. Edhoo is something of a jerk, to be honest.

Ipowwa is from a different royal family, which claims to be descended from the brother of Edhoo’s family. In stories told by Edhoo’s people, that brother was a traitor, but the stories told Ipowwa’s people say that the ancestor’s actions were justified to keep the kingdom safe. In Ipowwa’s time, the kingdom is recovering from a destructive war that wiped out over seventy percent of the population there. Ipowwa is gathering forces to rebuild the kingdom’s fortresses and protect from those who would try to raid the weakened state. 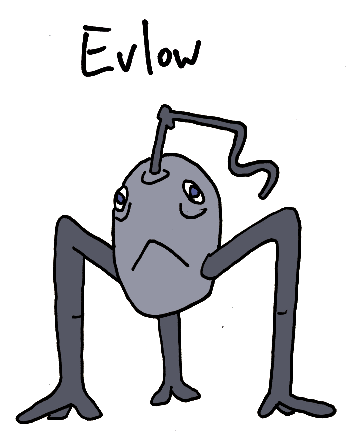 Evlow is one of the lowly non-royal citizens of Uksteron. Living a simple, “small” life in a village by a river. Evlow works hard keeping the land fertile and reaping the various plant-like foods that are grown there. In the nights, Evlow gathers around the fires with friends and family and tells stories and dances. It may not have the intrigue of the “royals”, but Evlow is not unhappy.

A Fact About Exkibos: Exkibos keep pets, including one species of flying creature, called Dsworfs, which they have trained to help them with various tasks, such as carrying things or hunting. Some Dswofs are simply kept as pampered pets with no assigned tasks, but that is mostly among the royals