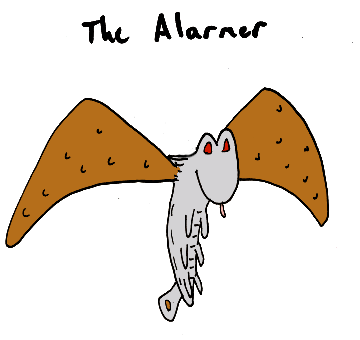 The Residents of the Siich

On a planet called Siich, there is a species of small flying creatures that refer to themselves, in their language, as “The Residents of Siich”. They are not particularly inventive at naming things (Siich is essentially their word for “the World”). They are born in clumps of eggs belonging to a community, with no attention paid to parentage, and each individual is assigned a task at birth and named for it. This task is all they are trained for, and all they care about.

All three of today’s examples come from the same community on Siich, but there is not a drastic amount of difference between this community and others. 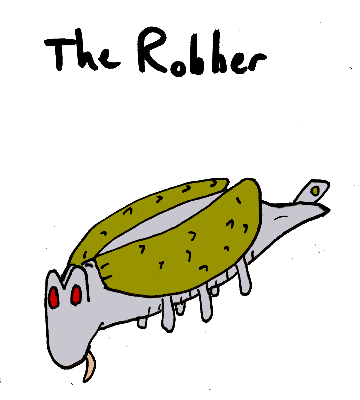 The Alarmer is a young Resident. It’s job is to patrol the community’s territory and, if anything is amiss, to raise the alarm about it. Appropriate for that task, the Alarmer is a workaholic who forgoes its own well-being in the name of better serving the community. For the moment, this is fine, as the Alarmer is full of youthful energy, but what will happen when it ages and grows weaker and cannot continue to push its body to the limits?

The Robber is the community’s professional thief. It go into other territory owned by other communities and steals their resources, be it food or livestock or materials. The Robber is not stealthy, though, or it would be the Burglar. The Robber will confront and threaten its targets unless it gets what it wants. With no reason to question the ethics of what it does, the Robber goes about the work with glee. 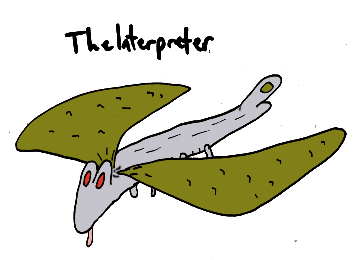 A Fact About The Residents of the Siith: The Residents can not take off from a standing position and need to climb to a branch or a cliff and jump off to begin flying.