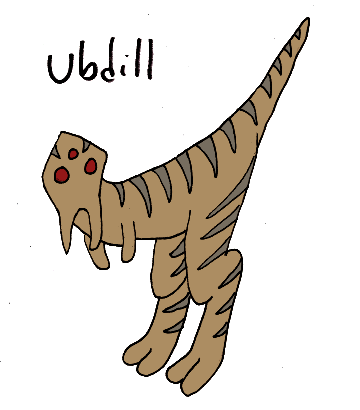 Thrensans are a bipedal, three-eyes species that have adapted to running around on the plains of the planet Thrensa.

Gujjer is a Thrensan, and it is worth noting that that profile also determined that dead have started to rise on Thrensa and eat the living. That’s gonna pretty important factor on their world, I’d say. This is not going to be a typical zombie situation. Though they like to eat flesh, these arisen dead are not mindless or rotting. It is not the result of a virus or anything, but of a curse put upon those tribes who have offended their ancestors. Living Thrensans are grazing animals, these flesh-eating dead ones are now their most deadly predators. If the cursed dead have a weakness that will put them back to rest, it has not yet been discovered. 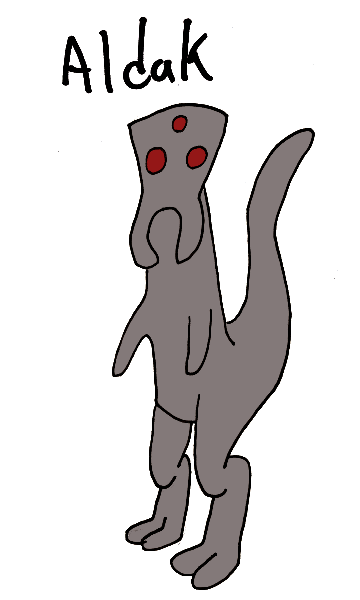 Ubdill is a member of a tribe that is besieged constantly by the undead. They’ve had to stray far from their ancestral migration grounds to keep ahead of their pursuers and they are now in unknown regions where they don’t know the secrets of the land. In addition to the uncertainty, this also brings them into conflict with the native tribes on whose grounds they trespass for survival. Ubdill worries that this break from tradition could be enough to offend their ancestors, and so lives in fear that they will wind up just like their enemies once they can run no more.

Aldak‘s tribe has encountered the undead, but only occasionally as the dead who rise in that region tend to leave to join larger groups elsewhere. Aldak, the leader of her tribe, has tried to investigate the cause of the rising dead and, if possible, find a solution. This has meant actively seeking out the enemy, a strategy that has resulted in the deaths or more than one tribe member. Because of that, Aldak’s position as leader has been questioned by some of the others, adding another complication for Aldak in these desperate times. 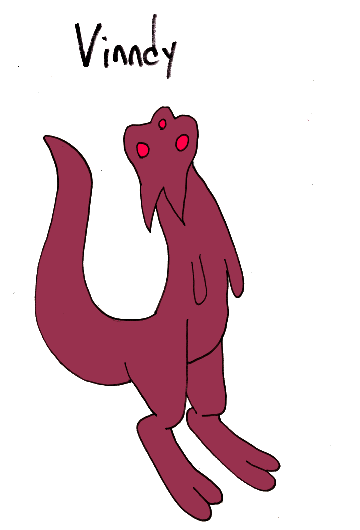 Vinndy lives in a large island region surrounded by natural borders that keep the risen dead from entering. They have heard the stories about the problems of the rest of the world is facing, but they aren’t yet sure of the truth. Vinndy still gets to live the kind of life that Thrensans used to enjoy. Sure, there are natural predators, but the Thrensans are still the smartest lifeforms on the planet, evolved specifically to escape.

A Fact About Thrensans: Fictional stories told orally is a very important aspect of Thrensan culture. An interesting difference between their stories and humanity’s is that Thrensans don’t have tales about heroes violently defeating enemies. A hero to Thrensans is one who is able to outsmart and, most importantly, outrun dangerous threats. If the villains or monsters of a Thrensan story die, it is because they starve to death after failing to catch the good guys, rather than because the good guys kill them.