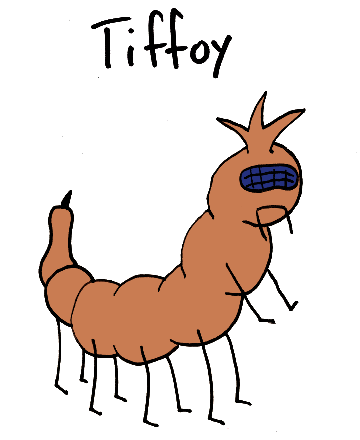 The Vrangens are a ten-legged species with compound eyes and poisonous spines at their mouths and tails. Their fragile-looking legs are actually extremely tough and flexible (similar to pipe-cleaners in that way). Their planet is tidally locked toward their sun, so one side is always warm, one is in perpetual night, and the weather is violent and intense. The Vrangen, and all life on the planet, live beneath the surface. Though there are tunnels and caves that reach into the warm and cold extremes of the planet, most of Vrangen society exists under the surface along the twilight areas where day forever meets night. 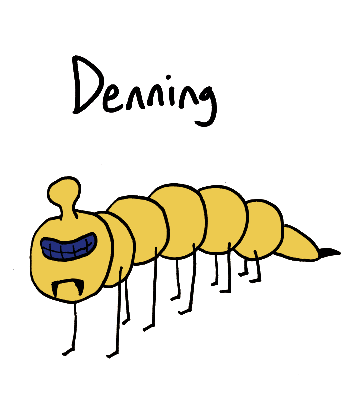 Tiffoy is a medic and a surgeon. Though Vrangen poison is deadly to other Vrangens, medics devote their lives to their craft, which includes eating a unique diet that weakens their poison. This allows them to sting their patients, putting them into a sleep instead of killing them, so the medics can operate. Tiffoy is a grumpy old sort, but is very good at the job.

Denning is a power engineer. Vrangen technology uses electricity gained from wind turbines that are extended to the surface of the planet, where the winds are extremely strong. While no Vrangen has been to the surface, engineers like Denning have come close enough to poke their machinery up there. 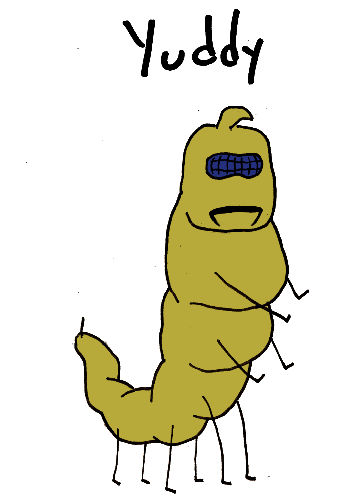 Yuddy is a scientist studying the nature of space-time itself, looking to develop a method to move into higher spatial dimensions. At this stage, Yuddy’s work is all hypothetical, but it may be on the right track considering that there are several Higher Dimensional beings who have taken notice and are now actively trying to help, or hinder, Yuddy’s progress.

A Fact About Vrangens: Vrangens do communivate with a spoken language, but they go about it in an odd way. When conversing, they emit a constant monotonous hum, which is broken by sudden quick silences. These silences are the Vrangen language. In a way, their words are the opposite of ours, being patters made out of noiselessness, instead of patters made of noise.