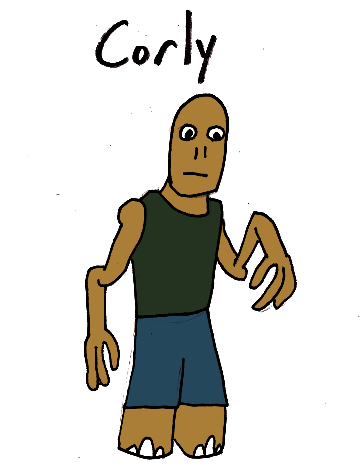 The Yefonix are a species that has arisen on a planet they call Yefon. They are basically humanoid in shape, with flat stumpy legs and arms that have multiple joints allowing an astounding range of motion. They have no sense of hearing and communicate in several ways, including hand gestures and complex written ideographic languages. They can also feel vibrations in the ground through the soles of their feet with extreme sensitivity, which helps them tell what’s going on around them.

Most of Yefonix society is currently in a state we would compare to the medieval level of development on Earth. They build most of their technology from stone and the hides of animals they keep as livestock, with metallurgy being a relatively new art. 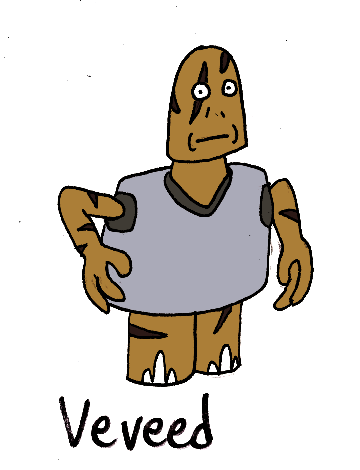 Corly is a well digger and maintainer. Surface water has been growing sparse in the equatorial regions of Yefon, so every tribe needs to have at least one well. In Corly’s region, they try to have a well available for every family, so Corly’s services are truly valued. Corly finds the work somewhat mindless, but ultimately enjoyable.

Veveed is a soldier in the service of a wealthy Yefonix tribe. Like most soldiers who can afford it, Veveed wears thick metal armor that limits arm movement somewhat, but protects the body. Veveed has fought in numerous wars and has many scars as a result, and is also mentally unwell, having grown addicted to feeling pain for “good causes”. This addiction has made Veveed a greater risk-taker during fights and can not end well. 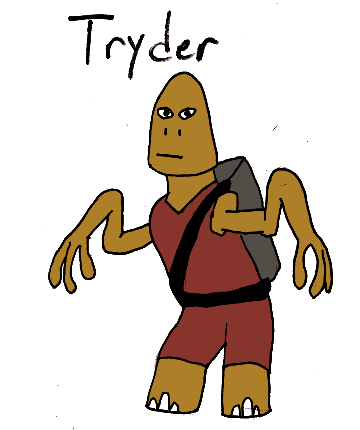 The Yefonix have never had a physical currency, but have a system of credit that involves intense record-keeping. Tryder is a wandering merchant whose records are kept in a filing system in a large city, so whenever a deal is done, the proper records are made and attached to a trained flying animal that returns to the city to deposit the records with Tryder’s partners. The hunting of these animals is considered a great crime, because preventing the records from reaching their destination can prevent one from having to repay a debt. Tryder has had to kill several customers who tries to capture his animals after making a deal.

A Fact About Yefonix: One aspect of Yefonix technology that is well advanced compared to our Medieval stage is cooking. They have devised many interesting things, such as ovens that use sunlight to trigger different segments of the cooking process as the day progresses.