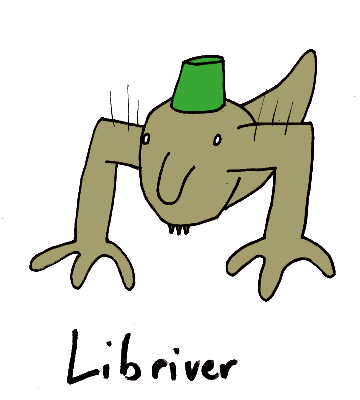 Jertiffs are a species that look like a head with two arm/legs and a tail. They are able to manipulate things with their hands, but can only really do it with any skill if they are resting on their tail. The mouth of a Jertiff is positioned at the bottom of their “head” and extends out when it takes in food. Their sense of smell is more significant to them than their sight, but they still really like decorative hats.

Living on a planet they call Varitow, Jertiff’s build cities around farming grounds, often with walls around them. In most Jertiff cultures, a council of elders governs the city. They have a barter system that offers goods for services. Pretty standard stuff. 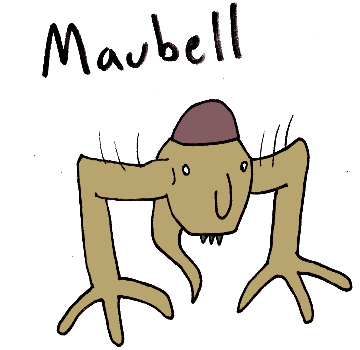 Libriver is a disaster responder. The planet Varitow is struck by small meteors with alarming regularity, and occasionally they hit populated areas. Libriver and fellow responders are not affiliated with any particular city, but travel where they are needed and help repair the damage.

Maubell dwells in the planet’s largest and oldest city, but has no appreciation of the history there. Working as a builder, Maubell looks only toward building new things and replacing the old ones. Maubell also feels this way about the city elders, and wants nothing more than for them to die of so it’ll be Maubell’s time to shine. 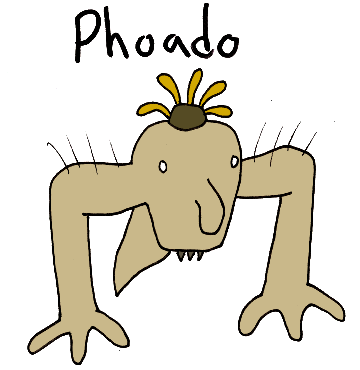 Phoado is a farmer in a small, wall-less city. Travellers on the roads near the city will frequently come into the farms and steal food, which angers Phoado to no end.

A Fact About Jertiffs: Jertiff society is based around health. You know how human societyis based around money? How they will do incredibly stupid things that turn a profit but don’t otherwise help society at large in any way? Jertiffs are like that with health. For example, they prioritize physical fitness over intellectual education. They also treat the physically unfit the way we treat the homeless, like scum.