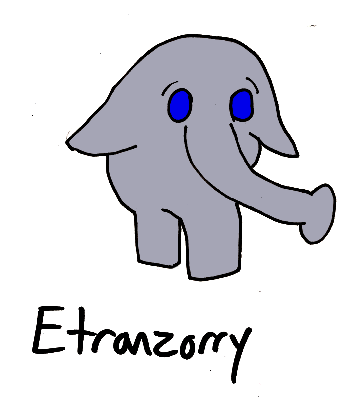 The Grunoferons are a species that are comparable in size to Earth’s rhinoceros or hippopotamus. They are bipedal, though their legs are positioned with one in front and one in back, rather than side by side. Their primary senses are based around magnetic fields, and at the front of their heads they have long trunk-like appendages with a ball that has generate electrical charges and generate electromagnetic waves.

The species live in nomadic herds, travelling with the seasons. The planet is large and their population is small, so there are not a lot of territorial conflicts. When a Grunoferon goes off on its own to start a new herd, it will send out pulses that tell its location to other solo individuals. 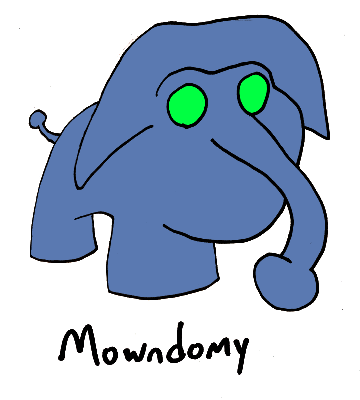 Etranzorry is a young Grunoferon, part of a sizeable herd in the planet’s tropical regions. Etranzorry is a curious sort that enjoys wandering off from the herd to seek out nooks and crannies that others may have never seen.

Mowndomy is an older Grunoferon, who has laid eggs seventeen times and successfully raised five children, which is well above the average, which is only one or two in a lifetime. Mowndomy attributes this reproductive success to the three rivers near the herds egg-laying fields, which create a natural barrier against egg-stealing creatures, which seems like a pretty reasonable assumption. 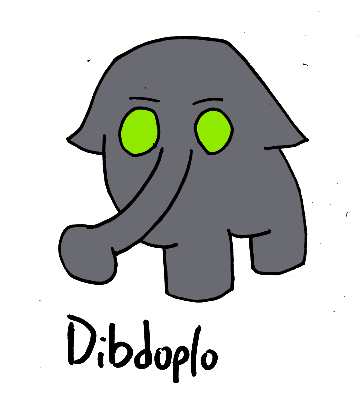 Dipdoplo is a solo Grunoferon currently seeking a new herd after having grown annoyed by the company of the last herd. Dipdoplo won’t admit it yet, but would be much happier alone than with a herd, but still seeks a new one because that’s what one is “supposed” to do.

A Fact About Grunoferons: Although there are no natural predators of grown Grunoferons on their planet, the eyes of Grunoferons have mystical properties that make them very handy in the occult sciences. This means that wizards from other planets, even other dimensions, will occasionally raid their homeworld and poach Grunoferons for their eyes, sometimes even leaving their living victims eyeless and forced to try to survive without their vision. Naturally, this has left the Grunoferons very wary of strange species.