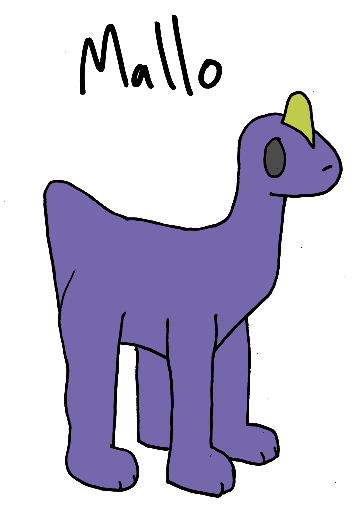 On the planet Foreygo are the Horbhorb, a species of large four-legged species who stand over twenty feet tall at the shoulder. Horbhorb vision extends well into the ultraviolet and infrared ranges, so they can see much more than humans. Their skins, and the fans on their heads, are decorated with colors that we just can’t see, which is a shame because they look very pretty.

Horbhorb society is one in which individuals are assigned an occupation at the end of their education period, which they must do as their penance for being born, and thus becoming a burden on others. If one rejects their assigned occupation, they go into exile, living on their own in the wild. 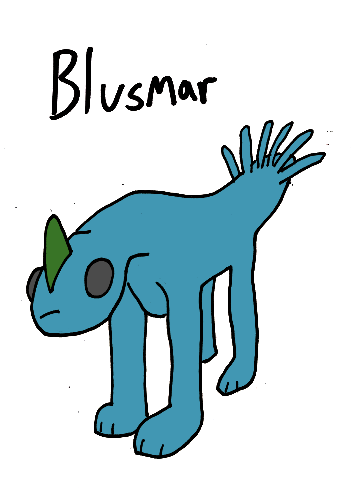 Mallo is an assigner, which is perhaps the occupation most important to Horbhorb society. When a child comes out of the education system, the child and the trio of educators assigned to it will meed with Mallo and discuss what occupations are needed to be filled in the world, and what skill the child has shown. Mallo is a particularly socially conscious Horbhorb, who genuinely puts the good of society at the forefront of decisions, but many other assigners are somewhat corrupt, and will be influenced by bribes.

The Horbhorb have the ability to take in food and compress it into dense balls which they can then regurgitate and eat later. But who has time for that in today’s fast-paced modern life? Blusmar is a professional regurgitator, who spends the days gorging on food to create foodballs for others to use when they get hungry. Blusmar’s tail decorations look especially nice to Horbhorb vision, so Blusmar manages to land quality mates every mating season. 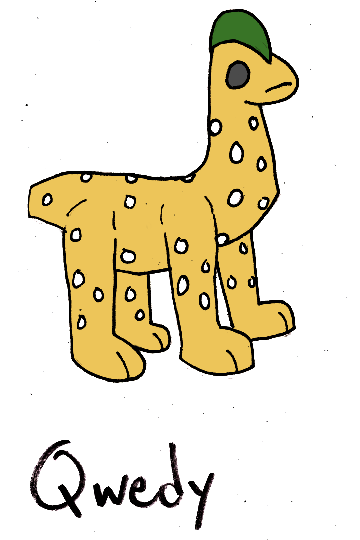 Qwedy is a Waker-upper, which is an occupation based around staying awake all night to wake up others when they need to arise for their jobs. Essentially, Qwedy is a living alarm clock. Qwedy loves the job, since it allows one an excuse to be active in that relaxing period when most of the population is asleep.

A Fact About Horbhorb: Horbhorb count in base-568, which is based on the fact there are 284 days in one of their planet’s years, during which each day and night has an individual name, from which the words for their numbers are derived. Binary has been becoming popular among philosophers, but rather than replace the usual system, it is seen as a compliment to it (and the connection is made to night and day cycles).