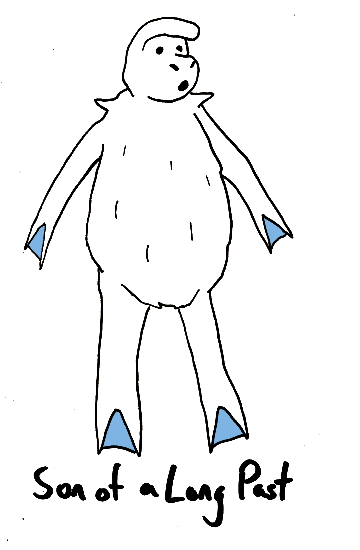 The natives of the planet Thisa call themselves Thisus. Their world is cold and craggu, often swept by bitter winds and chilling storms. The Thisus are a large, blubbery people covered in white fur who live in caves along the shores of the planet’s icy seas. Though adapted for swimming, they are air-breathers who can seal their eyes and snouts for long periods for swimming. Nations on Thisa are largely theocratic in nature, led by Elders who partake in hallucinogenic rituals. These Elders, believe that in their rituals they enter a mystic realm called the Aoaoba (literally the “Always and More”) in which they can communicate with their ancestors. Roughly a hundred years ago Thisus developed rocketship technology, with which they have reached several of their planet’s moons and neighboring planets. 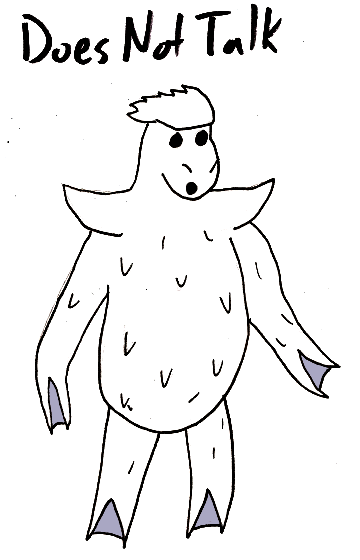 Son of a Long Past the operator of a large electricity farm. Electricity on Thisa is mostly provided by large turbines that harness the ocean’s tidal forces. Instead of living in caves on the shore, like most of the species, Long Past and her workers have an anchored raft floating above the turbines where they live when not diving down to work.

Does Not Talk, who in spite of his name is fully capable of speech, is a waylus breeder. Wayluses are a large fish-like animal used as a beast of burden. Does Not Talk’s stock of wayluses have a good reputation, a result of them being entered in waylus games, events such as races or pulling heavy weights, and frequently winning. Though there is no form of currency on Thisa, all transactions governed by Elders, Does Not Talk gets treated with extreme respect for the high quality of merchandise, and is given extra consideration when the Elders dole out rewards. 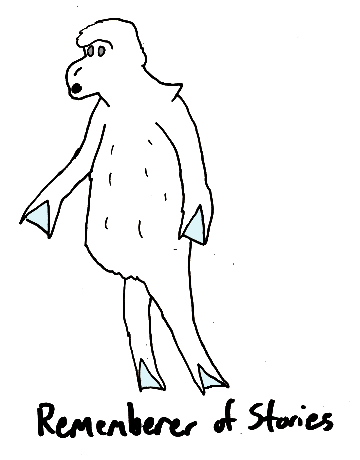 Rememberer of Stories is an scientist who studies the remains of Thisar, giant mammalian-style animals that lived on Thisa millions of years ago. Though the Thisar fossils were discovered ten generations ago, the fact that they are primarily located on land has made it difficult for Thisus to study them. Instead, Thisus have simply debated what the existence of these large extinct creatures says about their place in the universe. Rememberer and other such scientists don’t care so much about that debate, or at very least want more information first.

A Fact About Thisus: The range of hearing for Thisus is much lower than that of humans, and their speech is ranged down accordingly. If a Thisus were to speak to a human, the sound would be too low for human ears to pick it up. If a human tried to speak to a Thisus, the noise would be too high.