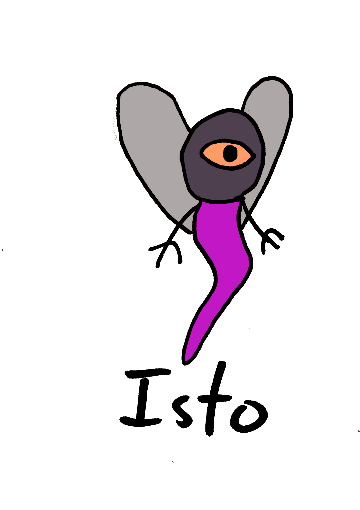 Having evolved in the dense atmosphere of a gas giant, the Flitari are tiny yet powerful flyers. One advantage they have, though, is that they are also capable of going into lighter atmospheres without bursting, which makes them even more powerful flyers on other worlds. Since first contact with the Space Army several generations ago, members of the species have left their world to visit the rest of the universe, joining spaceship crews or settling on worlds with ample sky in which to really let loose. For the most part, Flitari are highly intelligent. Which is handy, considering that they have only one eye and fly very fast. That can end poorly if they aren’t careful.

Subsy, a member of the Space Army crew who was only ever in the background, is a Flitari. 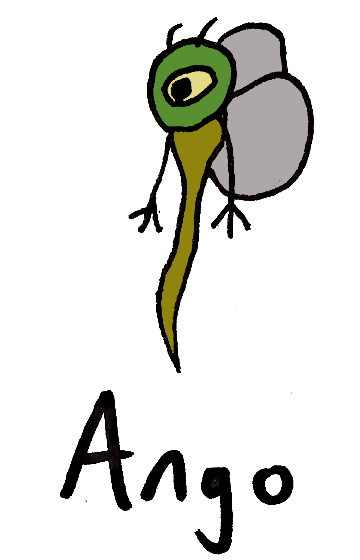 Isto is an explorer. Though the Space Army has mapped out an unfathomable amount of the universe in broad strokes, there are still many small planets that are unknown. Isto, along with a crew of scientists, are patiently filling in the details of a seemingly uninhabited sector, naming all kinds of stuff after themselves.

Ango has taken up residence on a world where racing is extremely popular. Representatives of all manner of alien species gather here to pit their fastest competitors for races on foot, in the air, and in the seas, depending on what the species can do (there’s even a race that takes place in a large volcano for some particularly extreme extremophiles). Isto has competed in a number of races, but never reached the big time, and is now training a young new racer who is racing to raise money for their poor homeworld. Unknown to them, their competition, a group of snobby rich jerk aliens, has been using illegal technology to cheat. 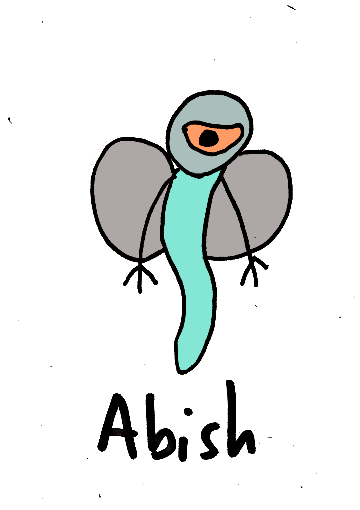 Abish is a serial killer. Since the Flitari are a common sight in the galactic community, and few other species can actually tell them apart, Abish finds little resistance when sneaking into spaceports or space stations. There, Abish will stalk prey, preferably from species much larger than the Flitari (as many are), kill them with sudden violence (for many targets, it’s as easy as acting like a living bullet), and then get away before anyone notices. Abish has killed dozens of times and has drawn no suspicion. Nobody ever suspects the Flitari.

A Fact About The Flitari: The Flitari are loners, at least when it comes to being with their own species. Since they began to spread throughout the universe, they are seldom seen in groups, preferring to remain in the company of other species, or even to go along altogether. Only when the Flitari go into mating season do they return home to be with their own kind.