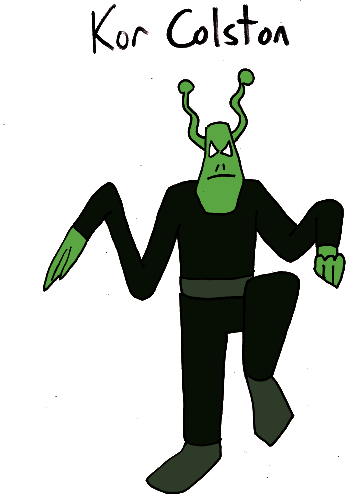 The tradition in my previous years of Super Sunday was to devote July to the characters involved in the stories of “Justice-Man”, the superhero I made up in junior high. But, as I said when I tried to do this during the Supernatural Sundays last year, I was trying to do “realistic” (as my junior high self understood it) superhero stories. I was able to dig up enough characters to do last year, but poring through my notes I can only find one alien character in the Justice-Man stuff. It’ll have to do.

The Ai’Rekk are a species that arose on an icy world they call Lyjos. They are tall humanoids with green skin and large antennae. Only a few generations ago, a single government managed to maintain control of the entire world. That government, under the rule of Supreme Flont Ezigan, has been brutal and oppressive. 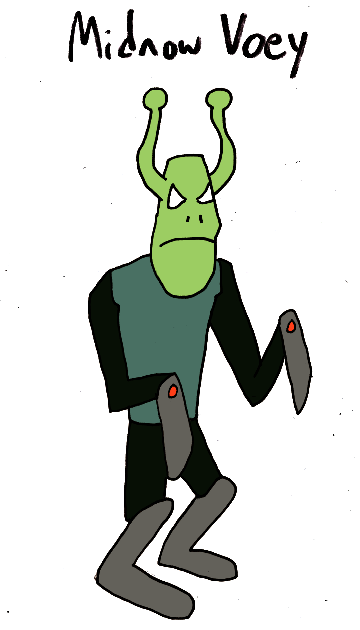 Kor Colston is a high-ranking member of the Supreme Flont’s secret police. When a strange alien being, the human called Justice-Man, crashed to Lyjos after some cosmic adventure, it was captured and interrogated by Kor Colston. The alien was able to convince Kor Colston that it could be of service, a secret weapon against rebellious upstarts. Naturally, that was a ploy on Justice-Man’s part, and the human actually aided a group of Ai’Rekk rebels escape the planet. Kor Colston was embarrassed by this setback, but managed to keep it a secret to not lose standing.

Midnow Voey is an intellectual, and therefore an enemy of the state. There was a time when Midnow Voey’s family were historians, but when the Supreme Flonts took over, it was decided that there was no use in history, as it was all about times they’d rather have forgotten. But still, Midnow Voey’s relatives (those not “disappeared” by the government) raised him to have an interest in the subject matter, but to keep it secret. A secret panel in Midnow Voey’s dwelling contains a number of notes and artifacts that would be damning evidence if they were to be discovered. 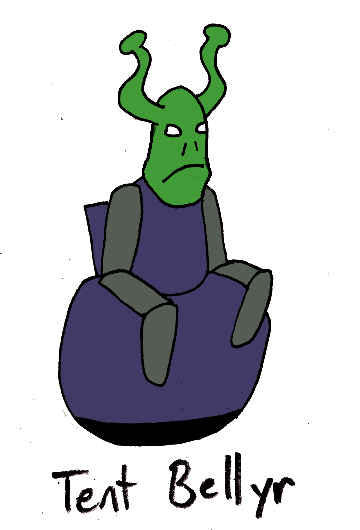 Tent Bellyr was wounded in an explosion and now requires a machine for mobility. The explosion was caused by rebels trying to break into a food storage dome, and thus Tent Bellyr is considered a victim of a terrorist act. The Supreme Flont’s propagandists saw fit to use Tent Bellyr as a face of the victims of the criminals who oppose the government. Before the explosion, Tent Bellyr was as much an oppressed victim of the government as everyone else, and would have happily broken into a food dome if possible, but now is treated very well by those who want to ensure his loyalty as a propaganda tool. While Tent Bellyr has some internal conflict about this, it still seems wiser to go along with it and reap the benefits.

A Fact About The Ai’Rekk: The Ai’Rekk sleep standing up for more than half of the planet’s daily cycle.