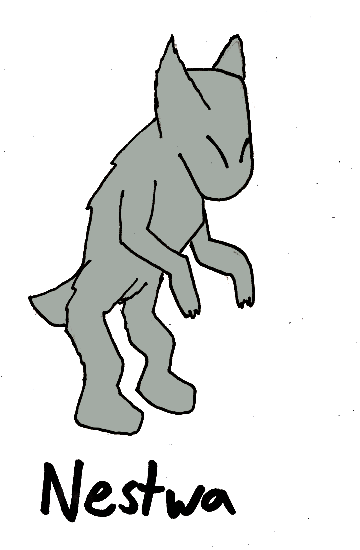 A furry, quadripedal species without the ability to see, the Fuzzadons have no eyes. Their sense of hearing is also considerably weak compared to human standards, but the large nostril slits on their head give them very good senses of smell. Their homeworld is a small one, orbiting an old red star.

Nestwa, like most of his kind, lives in a pack made up of close friends and cousins. Though there is no “leader” of most packs, there is almost inevitably a Favorite, one who is most loved by the rest and who the others are most likely to listen to. Nestwa is the Favorite of his pack, so it is because of his own restless nature that his pack has a tendency toward wandering the lands without a plan for settling down. Luckily, Fuzzadons are not very territorial, so they don’t end up in fights with anyone, but there is a lot of danger in not knowing what kind of landscape they might be in on any given day. 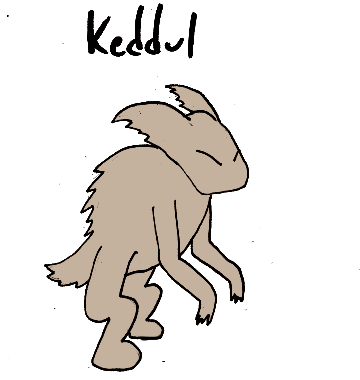 Keddul is a rare Fuzzadon without a pack. She is also a wanderer, but instead must take shelter with the local packs wherever she ends up. This is a viable lifestyle for her because of her species’s altruistic customs regarding taking in guests, and Keddul repays the kindness by offering her skills as a repair carpenter (Fuzzadon structures are all built from woodlike materials that must be regularly repaired given the planet’s frequent windstorms). Though Keddul can enjoy the many packs she encounters for a time, she is most happy when she is on her own, between jobs, camping out in the wilderness. 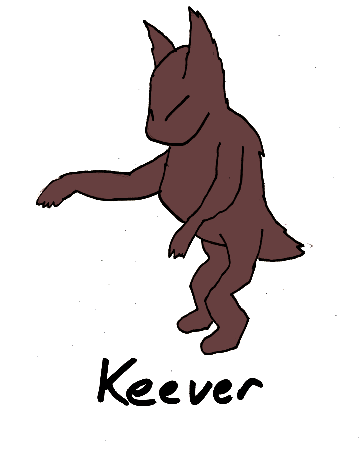 Keever is a much more “settled-down” sort. Living with a sizeable pack in a valley full of dozens of similarly-sized packs, Keever is the Fuzzadon equivalent of a city-dweller. Although Fuzzadon’s are generally nice, skittish beings, when they live in such close quarters, tempers can flare. As a fast and agile specimen, Keever is considered the default “Calmer”, whose job it is to separate Fuzzadons who have gotten into a fight and keep them separate until they have cooled down.

A Fact About Fuzzadons: The Fuzzadon language is a completely physical one made up of rubs and taps, which means that it must be done up close and personal and, very often, one at a time. Scent marking can be useful for spreading a message quickly, but complex conversation is a very intimate experience between two Fuzzadons.