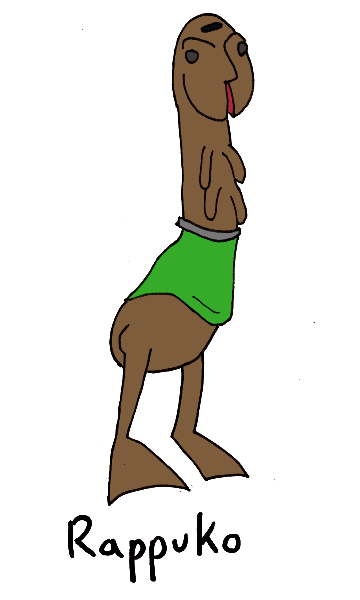 The Wenwehhek are a species that dwell in the many rivers of the planet Duvvked, a world of almost perpetual rain that is teeming with life. Although they are adept at swimming, the Wenwehhek are air-breathers, living in nests that line the shores of the planet. They have two paddle-like feet and four little appendages on the “chest” that they use like fingers. A blowhole on their head allows them to breathe even when wading almost entirely into the water.

Rappuko is a teacher at a Wenwehhek nursery. The Wenwehhek lay eggs in communal nurseries where teachers raise the pupae, determining what their ideal use in society should be, and teaching them what they need to know to do that. Rappuko cares pretty deeply for her pupal pupils, and tries to set them up with occupations that will make them happy. But if everyone just goes into the jobs that they will enjoy, who is going to do the crappy jobs? Rappuko is going to make someone unhappy, or else society itself could be doomed. 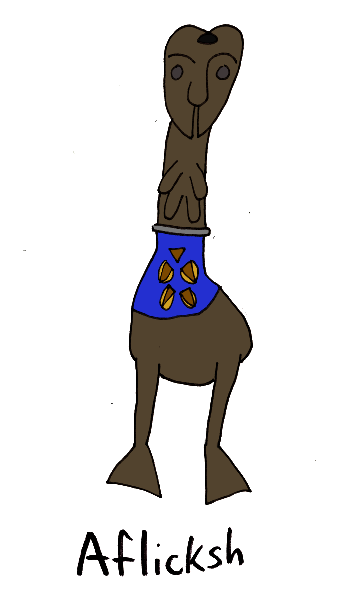 Aflicksh is the type who constantly wants to talk about how great he is to anyone who will listen. Unfortunately for Aflicksh, he isn’t so great. For instance, he tries to tell people he can swim faster than anyone in the local river system, but he can’t. He has actively avoided many challenges to race and prove his speed, but he never accepts them. “I haven’t got to prove anything to you,” he says. The same thing goes for Aflicksh’s claim that he is the loudest yeller on the planet. He likes to say it, but never seems to have the time to prove it to anyone. It seems like that might be an effective way of deflecting the issue, but really it has gone on long enough that nobody think Aflicksh is anything but a jerk. That includes Aflicksh, though. He’s so sick of putting up with his own lies, but coming clean at this point would be so embarrassing that he can’t do it. He’s just fully committed to being the big jerk who talks about how great he is. 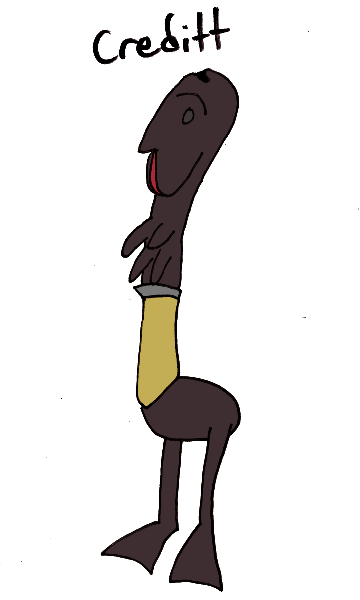 Creditt is the loudest yeller on the planet. He doesn’t know it, though. He played yelling games when he was younger, but never at a professional level, so even though he knows he was good, he has no idea that he’s the best. It doesn’t really come up much in his job, which is to clear rivers that have been blocked by mudslides.

A Fact About the Wenwehhek: The Wenwehhek don’t really eat for pleasure. Feeding is remarkably casual for them, accomplished by just resting their heads on the surface of the river, with their open mouth in the water, and waiting for small animals to drift in, then snapping the mouth shut. In strange circumstances, like an emergency trek through one of the planet’s rare non-rivered areas, they might fill a bowl with water and food to recreate this, but usually eating is just a matter of taking a break and stopping off at the closest stream for a minute.