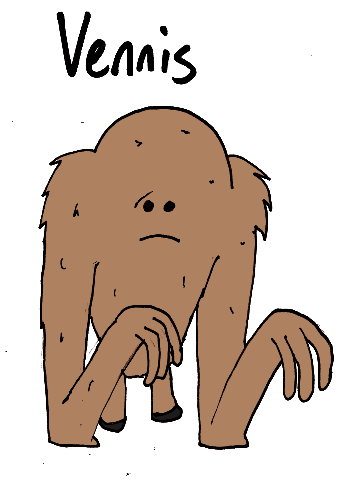 The Niftari are a species that lives on a planet called Carasteranak. They are a furry, slow-moving species that walks on hooved back feet and the elbows of their forelimbs. They are very solitary creatures and, once they leave their litter, they only join with other Niftari for the purpose of mating. Any natural predators the Niftari once may have had were gotten rid of in earlier times, so now Niftari are free to leisurely wander their planet occupying their time as they like.

The planet Carasteranak is smaller than Earth but its gravity is actually stronger owing to its unique makeup. Also, its days and years are both much longer than Earth’s. In most ways it seems like a very slow-paced world. 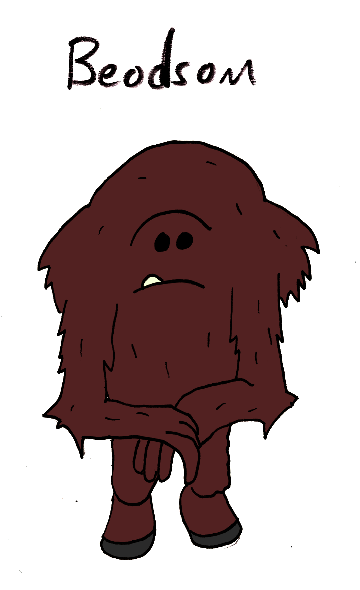 Vennis is a clockwork maker. The most advanced technologies of Carasteranak are clockwork masterpieces and Vennis’s are quite advanced among these. Though Vennis has created many things, the last several years have been spent on the latest project: a vast, complex device that can do complex mathematics, which Vennis suspects will make it even easier to calculate the best way to make still more complex clockworks.

Beodsom is an expert at mixing ingredients (plants, fluids, etc.) to create powerful potions of medicinal value. Though they are an asocial species by nature, Niftari “medics” like Beodsom are wont to track the scent of others who smell sick and give them potions to make them well again. There is no exchange of goods or currency for this (or for any other occupation on the planet), and the only reward the medics get is knowledge that they have helped others, and respect for doing so. These rewards are enough, though. 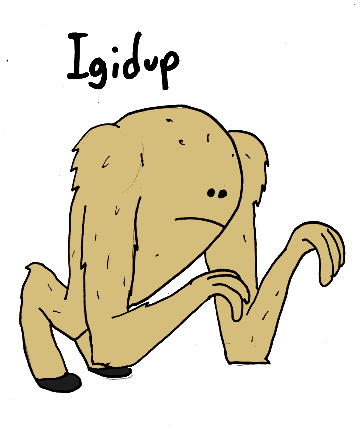 Igidup is an explorer. Though Carasteranak is small, and almost all of it has been traversed by Niftari of the past, no maps were ever kept. That means that every new place Igidup reaches is new to Igidup, at least. There’s little danger in exploring either, so it really is a nice quiet life.

A Fact About the Niftari: Niftari eyesight is such that they have never seen the stars in their sky, except the one around which their planet orbits. Still, they are a contemplative enough species that the idea of other worlds with other life has occurred to them, at least on a theoretical level.