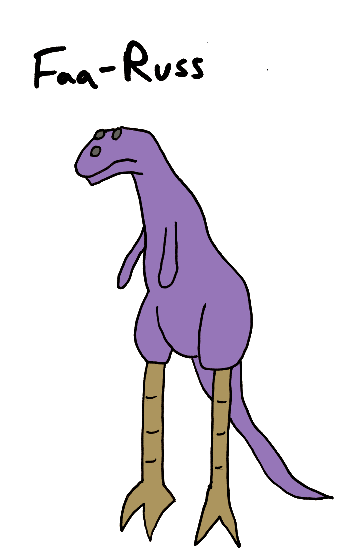 The Schurdle are a species of tall aliens from a planet with gravity lower than Earth. They live primarily along the world’s equator, the rest of the planet being too cold for their liking. Their diets are mostly vegetarian, grazing from tall plants, but there are some who supplement this by eating small insectoid creatures found in streams and rivers. They have no natural predators, having successfully hunted several species to extinction many generations ago. Tales from that time live on only as myth.

The Schurdle live in packs, with each pack taking up a “job” in society in the way individual people do on Earth. Faa-Russ is a pack leader in a mountainous region, working as a farmer. During the wet season, this can be a dangerous job, with mud slides always a concern. Faa-Russ has lost many packfellows over the years and grows hardened to loss and wistful for earlier days. 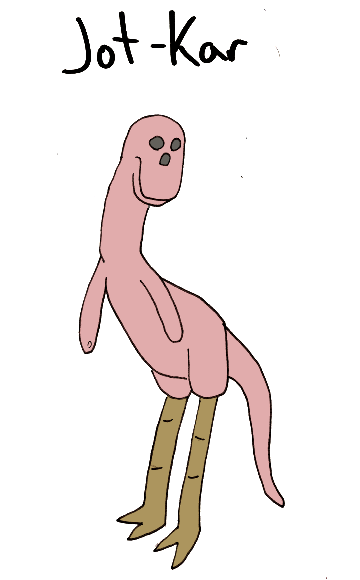 Jot-Kar is part of a reporter working in the valley with the planet’s highest concentration of Schurdle, almost what we’d call a city. Jot-Kar has a particular knack for trailing others without being seen, which has come in handy when investigating individuals suspected of wrongdoing. This has resulted in there being a lot of individuals who would be happy to see Jot-Kar dead. Jot-Kar and packfellows have survived many assassination attempts over the years, but it hasn’t made them scared to do their job. If anything, they see it as a sign they need to work harder to rid their city of corruption.

Very young Schurdlings, such as Tee-Nam, have beards. They remain with their parent pack for their childhood, but when the beards are gone, they leave to establish packs of their own. Tee-Nam is a daydreamer, often playing in the fields imagining how great it would be to run a pack. 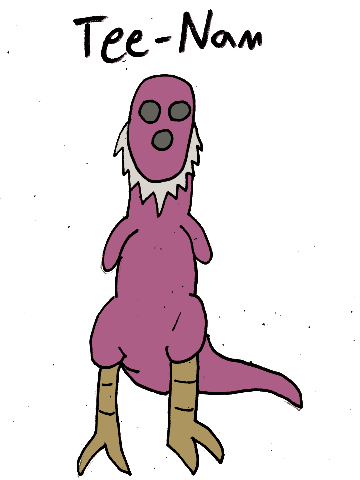 A Fact About the Schurdle: The fore paws of the Schurdle have a design unique among the animals of their planet. It resembles a ring of musculature that can constrict around things, allowing the Schurdle to grip and manipulate objects. This appendage has allowed them to create technology that has brought them to a level comparable to the Iron Age on Earth (Though they’re much more advanced in making medicines than humans are even now and also they have invented surf boards). Not even the surviving species most closely related to the Schurdle have this appendage and that fact has not gone unnoticed by them. It is seen as the cause of their dominance of their world, almost all religions on the planet describing it as a gift from god.