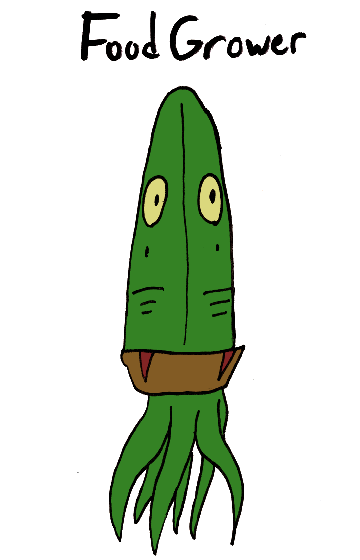 The natives of the Oceans of Planet Doiva call themselves “Knowing Swimmers” because, as far as they are concerned, they are the only thing swimming on their world that is intelligent. This aquatic species is three-sided, each side having an eye, gills and two of their total six limbs. They have only one brain and a mouth located at the centre of their mass of limbs. They may appear the same to us, but each side is actually devoted to a different purpose (intellectual pursuits, social interactions, and biological needs such as reproduction and eating), so it is usual for them to turn the relevant side to a task at hand. That said, each individual has a dominant side which they default to and that can determine their personality.

To Knowing Swimmers, what one does is the supreme indicator of who they are. Their occupations are so important that it becomes the name by which they are known, and as such they can have multiple names throughout their life. It also means that a lot of individuals can end up with the exact same name. This is somewhat mitigated by the small size of social groups on this world (Their names here are translated into English). 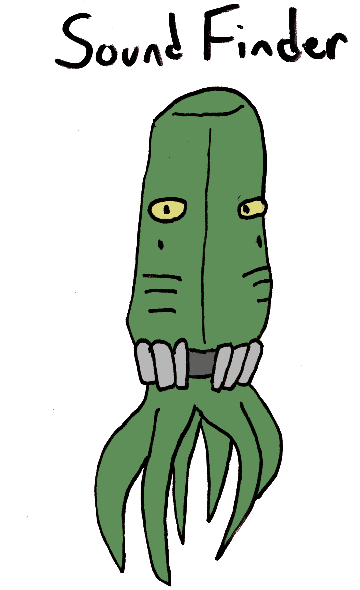 Food Grower is dominated by the intellectual side. For years this Food Grower was Youth Educator in one of the larger cave systems, but that life eventually became tiring. Youth Educator wanted some less stressful work, and found as a farmer in a smaller cave. Food Grower has not given up scholarly pursuits, though, and occasionally goes out of the way to seek out historical relics and study them as a hobby.

The Knowing Swimmers don’t experience sound the same way that humans do, so they haven’t got music like ours. They do, however, enjoy having sound vibrate through them. The job of Sound Finder is to look for new kinds of vibrations and bring them to the people. The invention of metal on this world was originally popular more for the vibrations it could facilitate than for what it could build. In other ways it is a lot like a musician on Earth, and this Sound Finder, being very successful, has become something of a celebrity whose name precludes others being given the same name. A Knowing Swimmer going into the same occupation now would more likely be called Sound Seeker or some other name. 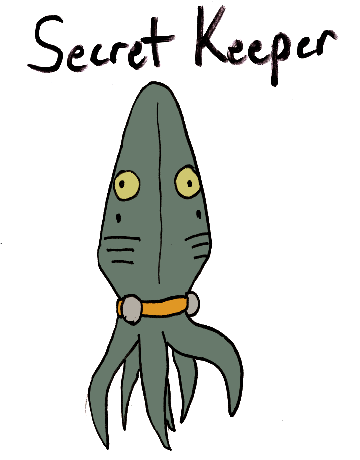 While they call themselves the Knowing Swimmers, some of them know more than others. Most of the population don’t even understand that there is more to the Planet Doiva than its oceans, let alone that there are other worlds out there. But those in charge do know, and they don’t want the masses to be made aware. They employ agents such as Secret Keeper to prevent sensitive information from reaching the public. The existence of ones like Secret Keeper are not a secret, though. In general the Knowing Swimmers seem to be okay with the idea that there are things they are better off not knowing.