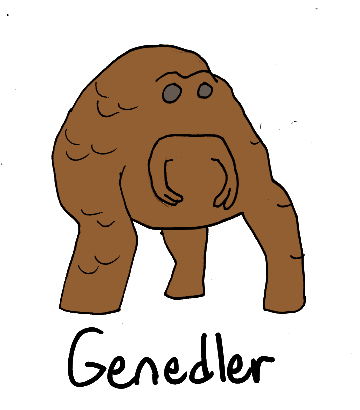 This tripedal species is from Veskadia, a planet much more massive than Earth. As a result, they are stout, standing about a metre on average, and very strong. They have thick scales and occasionally horns. Their arms, placed on either side of their mouth, are ideal for foraging the nuts and berries that make up their diet and plopping them right into their mouth. Veskadia is a harsh, dry world with terrible sandstorms where Veskadians must spend most of their day foraging. There are predatory animals, some willing to try to take on Veskadians, but the Veskadians build large fences to try to keep them out of their territories, which are usually valleys.

Because survival is very hard on their world, the Veskadians don’t work quite as hard to keep wounded Veskadians alive. If a Veskadian breaks their leg, for example, it is not uncommon for the others to stomp them to death. Dead bodies are left at the base of food bushes to encourage their growth. 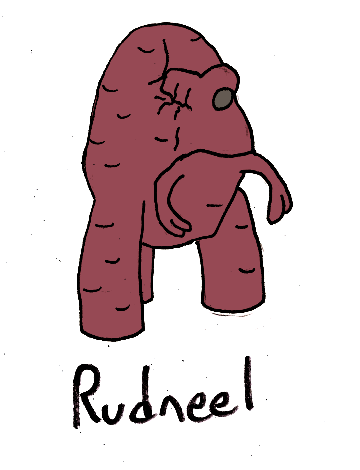 Genedler is a young Veskadian living in one of the most strongly-fenced valleys on the planet. While residents there still have to deal with harsh weather and droughts, foraging there is easier than elsewhere, allowing more time for leisure. Genedler prefers to spend that time painting on rocks, a pastime considered wasteful by most, and which would not be possible in other valleys.

In a rougher part of the world, Rudneel is the boss. Rudneel’s valley has a river that dries up for much of the year, so food becomes scarce. Rudneel has lived through a lot of these hard periods and is now seen as an elder who can offer advice to others on how to get through. Rudneel is willing to try to keep others alive, but only if they follow the rules exactly. There’s no sense in trying to save those who make things more difficult. 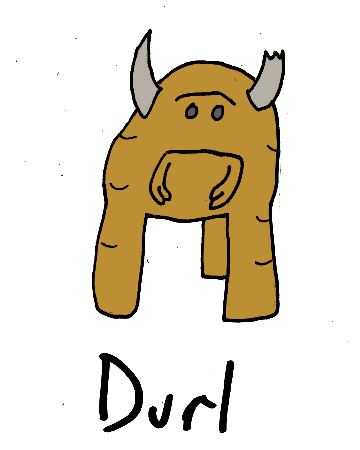 And Durl is in an even rougher part of the world than that. After a storm during Durl’s childhood killed every other Veskadian in that valley, Durl is the only one left. Growing up alone, Durl doesn’t even realize that there are others still alive elsewhere.

A Fact About Veskadians: Veskadians don’t have any strong familial attachments. They give birth to litters averaging about four and the young can stand only hours after being born. Though they often remain in the same valley for life and will mingle in social groups, they don’t place any preference for family over others. They do, however, recognize close relatives by scent, which helps prevent incest.