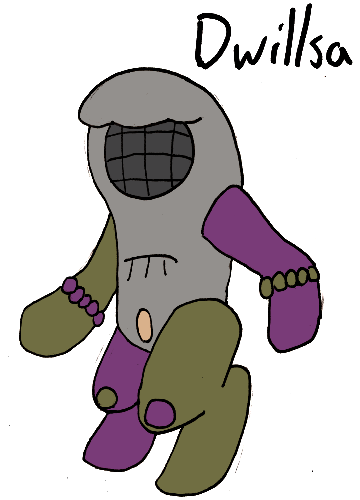 Giptunks live on a planet they call Gropkla. It is a world of lesser gravity than Earth, allowing them to grow twice the height of a human, on average. They stand upright and have a single large compound eye on their face and fine grey fur that covers their body. One each limb they have three digits, those of the feet being very short and stubby, those on the hands being longer and useful for making tools. The society of Giptunks would be seen as primitive by humanity. They are largely agricultural and small villages dot the landscape, but few large cities have arisen. There is, however, some advanced technology, both in farming equipment and in the form of flying vehicles, the latter aided by the low gravity of the world. They have also developed lasers much earlier in their development than humanity, which is nice. All manner of animals on Gropkla have been domesticated. They are used as beasts of burden, and as food, and as pest control. Very few truly “wild” species remain on land, and flying animals and sea creatures are only more likely to be free because they’re harder to tame. 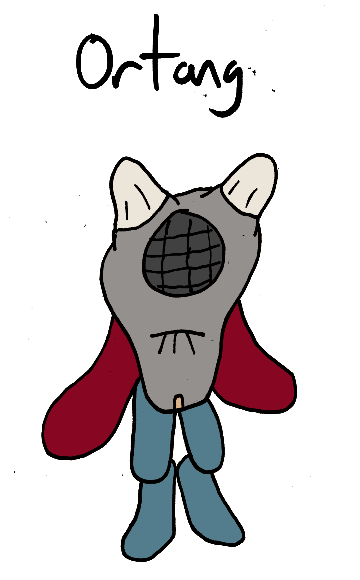 One Giptunk, named Dwillsa, is trying to tame some of the sea creatures, though. With her farm located along the shoreline, she has created an artificial harbour to house a type of animal they call “rats” but which have nothing to do with Earth’s rats. The nearest comparison to Earth animals for Gropklan rats would be to call them mammalian frogs. While they are edible, they are no particular delicacy, but Dwillsa is hoping they can be made profitable anyway, if she can convince people they go well as a side dish to every meal.

As a member of the male-equivalent gender of Giptunk, Ortang is smaller than the average “female” and has blunt horns on his head. These “males” make up only thirty percent of the Giptunk population, so it is not hard for them to find mates (often multiple mates), but the existence of the horns makes Giptunk historians wonder if, perhaps, there was a time when males made up the bigger proportion and they had to fight over mating rights. To this day, male Giptunks in a fight will use their horns to try to damage the eyes of their opponents. Ortang, however, is a pacifist and is, in fact, one of those historians. He shudders to think of the violence that may have once been a common part of his species’ life. 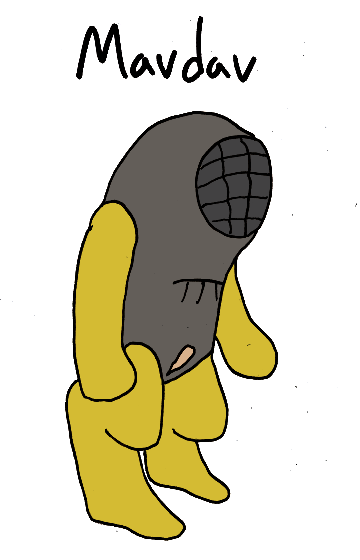 Mavdav is a pilot. With agriculture being so important to Giptunks, there is a vast network of shipping of goods and livestock and equipment. The people who run these shipping lines see a lot more of the world than the mostly sedentary farmers. Experiencing the many different Giptunk cultures exposes them to ideas and concepts that challenge their minds and make them more open mentally. Mavdav in particular has spent a lot of time picking up concepts about plant life and created several written comparisons that we would consider scientific research. It is not unusual for her to meet other pilots in inns and compare her notes with theirs on other topics. It is in this way that knowledge spreads on Gropkla, and this is why pilots there are responsible for most cultural advancement.

A Fact About Giptunks: Giptunks wear fabric sleeves on their limbs, considering bare limbs to be ugly and obscene.